Neil Gaiman – The Master of Myth 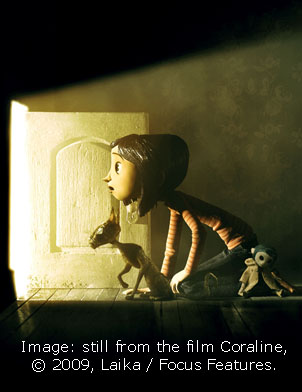 Bestselling author Neil Gaiman, born and raised in England, now lives in Minnesota. He has long been one of the top writers in modern comics, as well as writing books for readers of all ages. He is listed in the Dictionary of Literary Biography as one of the top ten living post-modern writers, and is a prolific creator of works of prose, poetry, film, journalism, comics, song lyrics, and drama.

His six-part fantastical TV series for the BBC, Neverwhere, aired in 1996. His novel, also called Neverwhere, set in the same strange underground world as the television series, was released in 1997.

Gaiman's first book for children, The Day I Swapped My Dad For Two Goldfish, came out in May 1997, was listed by Newsweek as one of the best children's books of the year. Stardust, a prose novel in four parts, began to appear from DC Comics in October 1997.

His collection of short fiction, Smoke and Mirrors: Short Fictions and Illusions, was published in 1998. Gaiman's 1999 return to Sandman, the prose book The Dream Catchers. Two Plays For Voices (2002), an audio adaptation of two of Gaiman's short stories, and starring Brian Dennehy and Bebe Neuwirth, was awarded a 2002 Audie Award by the Audio Publishers Association. At the end of 2002 Gaiman wrote and directed his first film, in "A Short Film about John Bolton," which is available on DVD.

His children's novel Coraline, published in 2002, was also a New York Times and international bestseller and an enormous critical success; it won the Elizabeth Burr/ Worzalla, the BSFA, the Hugo, the Nebula, and the Bram Stoker awards.

In 2003 The Wolves in the Walls, illustrated by his longtime collaborator Dave McKean, was published, and it was named by the New York Times as one of the best illustrated books of the year. It is currently being made into an opera by the Scottish National Theatre. 2003 also saw the appearance of the first Sandman graphic novel in seven years, Endless Nights, which was published by DC Comics and was the first graphic novel to make the New York Times bestseller list.

In 2004, Gaiman published the first volume of a serialized story for Marvel called 1602. This year, Coraline was made in to a brilliant stop motion animation film in 2009, and has also seen release as a play, video game, and comic book. His new work, The Graveyard Book, is also now available on sale.