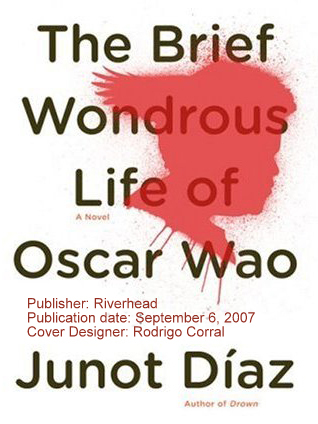 What are you living for if you don’t have goals? Some goals define our lives, such as having children or pursuing a particular career. Other goals enrich our lives. In the latter category, I have a personal goal of reading every Pulitzer Prize winning novel ever written. The Pulitzer is a uniquely American literary prize, established in 1917 and has been awarded to an outstanding novel nearly every year since 1918. (The Prize was not given in 1920, 1941, 1946, 1954, 1957, 1964, 1971, 1974, or 1977. In 1947 the novel category was renamed fiction. Since then, several winners have been for collected short stories). When the Hollywood Sentinel editor, Bruce Edwin, approached me about chronicling this journey with a series of book reviews, I responded enthusiastically. Reviews will start with the most recent Pulitzer Prize winning novel I read and progress in random order.

I won’t be giving anything away if I tell you that the title character in Junot Diaz’s “The Brief Wondrous Life of Oscar Wao” (winner, 2008) dies at the end of the book. “Oscar Wao” is a nickname given to a morbidly obese 2nd generation Dominican Republican, whose mother fled the Trujillo regime after a doomed affair with an official who was married to Trujillo’s sister. The narrator of the story, Yunior de Las Casas, is another Dominican college student at Wesleyan, who has the hots for Oscar’s sister. Yunior is a real macho guy who can’t remain faithful to one woman, even though it is Oscar’s sister Lola who steals his heart. He wants to get with Oscar’s sister so bad that at her request, he befriends Oscar.

The way the narrator tells the story, it jumps from Oscar’s birth in the United States to his childhood, with flashbacks to Oscar’s mother’s story. But the book starts out with a long soliloquy about fuku, a uniquely Dominican curse. Fuku for Oscar and his mother is a love curse. In his mother’s story, her life begins as a curse. Her father, a professor, refuses to bring his innocent daughters to a society event that Trujillo has insisted he bring them to. He doesn’t want them to be raped by the dictator, who literally took thousands of young girls from all over the island and used them. This act of defiance costs him his sanity and eventually his life. First he is imprisoned, then tortured over the course of decades.

Meanwhile every family member meets a suspicious death, all labeled “suicide” by the corrupt government. The only one who survives is his last daughter, a dark-skinned girl named Beli, who is taken in by distant relatives, and transferred into increasingly demoralized conditions. By the time La Inca, her good-hearted aunt, tracks her down (after being told that she was dead by people who had sold her) she is living in a chicken coop, caged and covered in burns. La Inca rescues her and spends her savings to get her into a good private school. Unfortunately, after a few years, puberty hits, and her body is so sensual and attention-getting that she ends up getting expelled. Beli disobeys La Inca and becomes a waitress, and starts going to nightclubs, where she meets the Gangster, and gets pregnant. When word reaches the Gangster’s wife, Beli is kidnapped, taken to a sugar cane field, beaten, and left for dead. She loses the baby and almost loses her life. La Inca and her neighbors start a prayer vigil in a Catholic church that saves Beli, who La Inca puts on a plane to America.

In America Beli becomes a strict, angry, single mother who works all the time after the father of her two children leave her. Her son, Oscar, is overweight and nerdy. He likes Science Fiction and falls in love with girls who either ignore him or mock him. As far as what happens next, all I can say is that it made me cry. Oscar knew he could die, but he was unable to consider anything once he had tasted a sliver of real human affection. The author's message is "What are you living for if you don't have love?"