Where the Wild Things Are 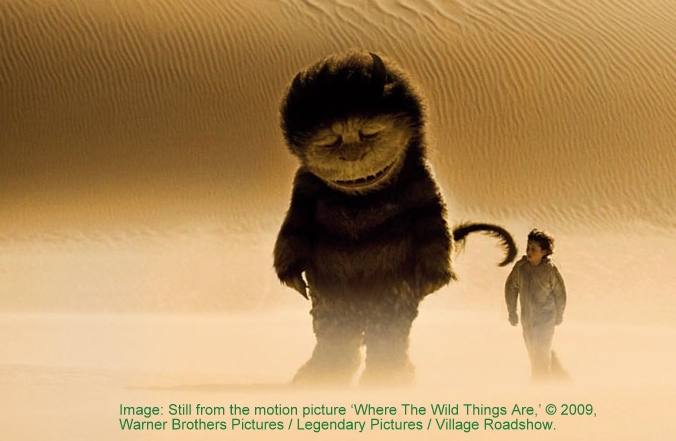 As children, the book ‘Where the Wild Things Are,©’ by Maurice Sendak, was the favorite story of many, and still is. Filled with myth, magic, monsters, and dreams that can become reality, the children’s book, loved by adults as well, is an all time classic. So when word got out that director Spike Jonze had teamed up with Warner Brothers to turn this wonderful book in to a feature film, millions of adults and children alike were instantly excited.

In conjunction with the release of the highly anticipated feature film, Warner Brothers Interactive Entertainment and Legendary Pictures announce the Where the Wild Things Are videogame will be available on Wii™, PLAYSTATION®3 computer entertainment system and Xbox 360® video game and entertainment system from Microsoft and Nintendo DS™ in October 2009.

In the videogame, players assume the role of the rambunctious young Max and can explore the island of the Wild Things, journey across its dangerous terrain, overcome hazardous obstacles and battle fierce creatures. After landing his boat on the mysterious island of the Wild Things, Max quickly befriends the fearsome but lovable creatures and becomes ‘King of All Wild Things.’ He soon learns that the island is on the brink of destruction and that it’s up to him and the Wild Things to work together to find a way to escape to safety before its too late. ‘Where the Wild Things Are" is distributed worldwide, by Warner Brothers Pictures, a Warner Bros. Entertainment Company, and in select territories by Village Roadshow Pictures. Rated PG by the MPAA for mild thematic elements, some adventure action and brief language. Soundtrack Album is available on DGC/Interscope Records.