Actor Mark Woolley Joins Prince Charles, The Prince of Wales Team in The U.K. to help Children in Tough Economy 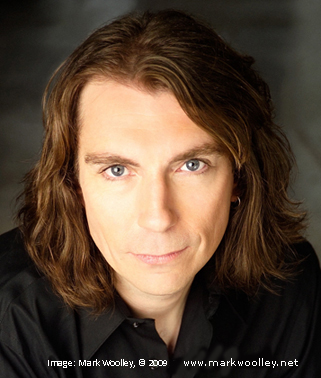 Mark Woolley has done it again. As if making international news reporting the financial advice he got from Universal Studios CEO Ron Meyer was not enough, the British actor who now resides in Hollywood, has now partnered with the team that does good works in the United Kingdom, headed by none other than The Prince of Wales, Prince Charles himself.

Mark Woolley states, 'I’ve researched hundreds of charities that I can help support to give back with the work I do, and the Prince’s Trust is one that I really believe in. They help get kids out of poverty, get them educated, and get them employed. How you can disagree with that?'

Mark Woolley, a master of Shakespeare on stage, and a musician who can play a vast array of musical instruments, has done soundtracks for numerous television shows including stations of the BBC, PBS, and more. He last starred in an indie cult hit titled PoetHeads, and will be recording with Ralph Rieckermann (formerly of The Scorpions) and singer Moira Cue later this year. He has also partnered with his manager Bruce Edwin in launching an online entertainment channel via The Hollywood Sentinel.com. In his spare time, when not on screen, in the studio, or red carpet, he gives guitar lessons to the stars.

The Prince of Wales, Prince Charles, as Heir to the Throne of England, seeks to do all he can to use his unique position to make a difference for the better in the United Kingdom, and the world. Like thesp Mark Woolley, who has joined the team of Prince Charles, The Prince of Wales has a wide variety of interests, which include a strong love of the performing arts. He himself paints in watercolours. Mark Woolley and Prince Charles, who have both done their fare share of celebrity events, both also have a knack for a keen sense of humor and wit. 'I sometimes wonder if two thirds of the globe is covered in red carpet,' Prince Charles once quipped, and yet he, like Mark Woolley both realize that greater good works can be done with a lasting change, through the role of celebrity. 'I feel like I have to justify my existence every day,' The Prince continues. Yet his heavy feeling of responsibility has brought out the best in him, as can be seen.

The Duchess, Queen Elizabeth, supports The Prince of Wales in his work. Through the years, The Prince has developed a wide range of interests which are today reflected in 'The Prince's Charities,' a group of 20 not-for-profit organization’s of which The Prince of Wales is President. Eighteen of the 20 Charities were founded personally by The Prince, including the one rising star Mark Woolley has called his own. The groups headed by The Prince are the largest multi cause charitable enterprise in the United Kingdom, raising over £130 million annually for Britian and the rest of the world. This is something that Mark Woolley, a London transplant to Hollywood, is very proud of. 'I like to make things happen here and now,' Mr. Woolley states, not save it for some life beyond the pearly gates. 'Mark Woolley is represented by talent manager Bruce Edwin of the firm Starpower Management.

Mark Woolley joined singer Moira Cue for a very rare, special acoustic performance by the artists, at the world famous Hollywood rock club The Viper Room, Monday, October 26th, which is a legendary hang out for the young jet set and Hollywood stars.

For more information on this article, or for press credentials for Mark Woolley or Moira Cue, contact publicity department at 310-226- 7176.