Letter from the Editor 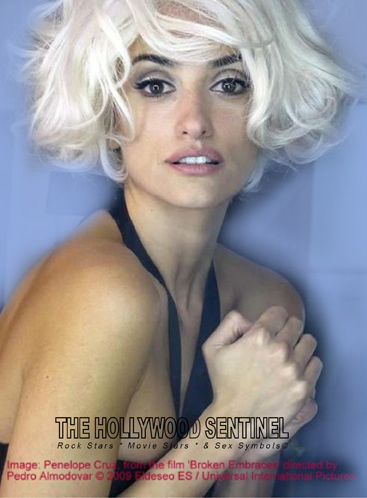 There is a class of sea life in the family of the jellyfish, called ‘Turritopsis Nutricula’ which has been scientifically proven to go right back to its earliest stage of life, after reaching sexual maturity, and start growing all over again, repeating this cycle indefinitely. This ability enables it to effectively avoid death, and gains its place in science as one of the only known organisms which can therefore, live forever. All Turritopsis Nutricula Jellyfish do this, not merely a rare single anomaly. Eventually, their nervous system reproduces completely separate from their body, in to a second life form. There is another form of sea life called the ‘hydra’ which similarly have been proven to enact tissue regeneration (self healing) when damaged, and self replicate.

The human brain, which to this day is largely a mystery, with a micro-biotic existence as vast by comparison, as the physical realm of our solar system in space, is believed to contain around 50 to 100 billion neurons, and over 10 billion nerve cells, with over 100 trillion nerve firing connections. The human brain, and our body, is a living masterpiece of genius creation, and greatness, by its mere existence and function alone. The accomplishments that individuals can and do achieve is yet again, phenomenal. The notion that we use only 10 percent of our brains, according to modern neuroscientists, is a myth. We actually use 100 percent of our brains during the course of a day, including while we are asleep. Though, there are many functions we do, that do not employ all parts of the brain. For this reason, some persons who have had brain damage can still enact certain functions. In all of this, our living selves, as organisms, are amazing. We can not fly as easily and as gracefully as a bird, yet we have built machines to carry us faster than any bird could travel. We can not swim alone under sea like a fish, yet we have built submarines faster and greater in size than the largest whale or shark. We can not out run or out fight on our own, a cheetah or a grizzly bear, yet with our minds and hands, we have built tools and weapons to surpass any life on this planet.

And so why don’t we as the greatest life form on Earth, who have traveled to the Moon and back, believe that we can conquer death and live forever? Is a spineless jellyfish greater than the human race, which has surpassed every other creature on Earth? Can a simple form of the jellyfish beat death, and not people? We may not recreate our existence in the same manner as the ‘hydra’ or as the “Turritopsis Nutricula Jellyfish,' and we may not have the scientific method how to at this point in time, but I have no doubt, that with all of our billions of neurons, with all of the power of our brains, our mind, and our will, that we can, if not on this planet or in this form, at least in some method, in some realm of existence, exist in a perpetual form of life with cognition.

It does not take a genius to figure out that any form of matter that exists, never ends wholly, but merely goes on to take existence in another form, be it gaseous, sub-atomic, liquified, solid, or the like. Nothing that exists can be wholly destroyed. A person who chooses cremation still becomes ash. That ash can be blown to the wind, but it then rejuvenates in some form, be it in rain, sludge, or a part of the soil. Thought form, which is electrical, is no different.

During the final part of this month of October, during which some believe a veil between the living and the dead is the thinnest, I challenge you to contemplate death, and the rejuvenation of life. Because no matter how much fun and games, or work and distraction we fill our lives with, the truth of the matter is, death will always be there, an unavoidable door to go through. And it is a door, not a 'dead' end. For like a certain simple jellyfish, we can overcome this dimension, and have a life that proves what science already has, for we already have. Science has proven the reality of a life after death, it exists in the sea, by proven research, with cause and effect analysis. Now we as a species, just need to catch up to science, and believe, learn and grow. This life is a truly amazing thing. Use it wisely, and get ready for your encore. I do wish you a blessed October filled with the celebration of life, and the realization of an exciting reality beyond all death. Enjoy the issue.