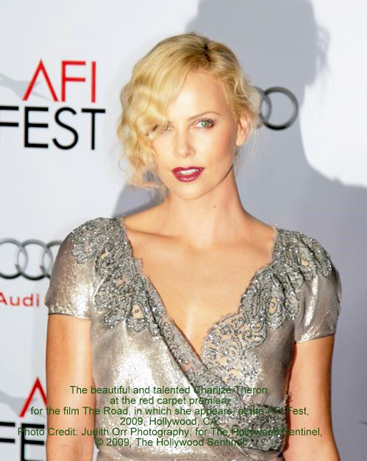 Hello, welcome to the new issue! We are very pleased this month to have partnered with the outstanding site of www.NewsBlaze.com. Thanks to News Blaze, and its awesome publisher, Alan Gray, the Hollywood Sentinel now reaches over half a million viewers per month and growing. In addition to that, The Hollywood Sentinel is read by some of the biggest stars on the planet. Let us know what you would like to see here to make each issue improve.

This issue is for me, a really exciting one. First of all, we have our first major label interview with recording artist Alison Sudol, of the pop band A Fine Frenzy. I have interviewed many vocalists, and I can assure you that Alison Sudol is here to stay, as a force of amazing talent and creative power seen by few. In addition to that, she is an incredibly sweet person. She deserves every bit of success she has.

Secondly, really great about this new issue, is the continued contribution of Moira Cue as an art and literature critic. Moira Cue is such an amazing talent in so many ways, she never ceases to amaze. Any one would be honored to work with such a talent as she is; a painter, writer, singer, actress, and more.

Another really exciting thing to me that we have here is Part Two of our interview with real estate mogul Grant Cardone. This part of the interview is the really heavy, fascinating story on Grant, who is not only interesting due to that fact that he has amassed over 100 million dollars, but also, because he is just an incredible individual.

The very wise spiritual teacher and best selling author, Eckhart Tolle, and others, have stated that in order to have a fulfilled life, we need to develop our own sense of awareness and worth, not get our identity from others approval or lack thereof. That ability, especially in Hollywood, where image is so heavily emphasized, is a challenge, but one that must be overcome.

Unless you want to believe for some reason, that life is hell on Earth, and that suffering is a necessity, it would be wise to be happy. The balance between sane functionality, focused on long term survival and gain, versus the pursuit of immediate gratification leading to blind hedonism, must be accomplished. Your happiness in other words, should not ultimately destroy yourself or others.

But certainly, you should be happy in the majority of your day and life. If you are not, I urge you, starting today, to push at all costs to pursue your true will, that will leave you knowing that you lived a full life to the best of your ability and talent, not a half empty one, performing the routines of some one else's. Celebrate your life, and be thankful for the journey you have been given.

A special thanks to Grant, Jen, Alison, Kristen, Virgin Records, John of AFI, Alan, and Judith and Clinton for the great photography and assistance. You all rock. Don't miss our next exciting issue with our very special exclusive interview with one of the biggest and most powerful publicists in the entertainment business, Mr. Michael Levine. Plus, some very special surprises, out December 1st. Enjoy the new issue!