How to Succeed In Hollywood 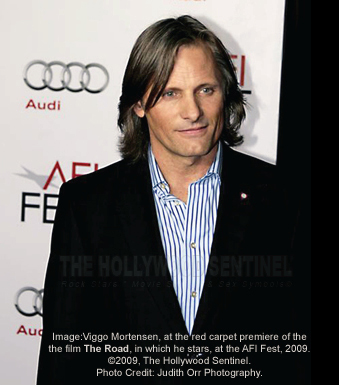 I've said this before, but it needs said again, and that is the 3 main reasons actors, models, or musicians fail in this business. Don't make these three mistakes, and you will be 99 percent ahead of your competition.

1: Treat the entertainment industry as you would any other career. Would you try to get a high paying job at an office by showing up late, showing up with a friend, showing up chewing gum, complaining to the person interviewing you that the last person you worked for you didn't like, or tell them that you have not been productive? Apply the same rules of professionalism from the corporate world to the entertainment industry as well. After all, your agent or manager helps get you jobs, so show the same respect. Those who do not treat their modeling, acting, or music pursuits as a career, and respectfully, usually do not make it.

2: Answer your phone at all possible times. If you are an actor or model especially, you should basically act as if you are a surgeon on call 24 - 7. One missed call could be a matter of major importance for your career. Hollywood will not wait around for you to answer your phone constantly, or play lengthily phone tag. You should have a working phone with a Los Angeles area code, on you at all times, and answer it every possible moment that you are awake. This point alone may be the deciding factor between whether you make it in this industry, or not.

3: Don't let jealous friends, family, or a significant other interfere. The first rule of any good success book on how to achieve big, will tell you that you need to get rid of any negative people who put down your dreams and goals. It may seem harsh, but life is short and tough enough already. It is hard enough just to overcome all of the negative things we hear in the news, or that some of us were told growing up, and to lift ourselves up enough to get the willpower to be optimistic and push on. To surround yourself with those who put down your aspirations and goals, is suicide. Your career is tough enough already, why allow an enemy of your goals in your ranks when you want to win this battle? If you can't cut of some one that is no good for your career, at least stop discussing that part of your life with them, and demand that they do not speak about about, unless they have something good to say.

Follow these three rules, and you will be far ahead of most your competition. Now, if you want to step it up to the next level, then follow the next three steps.

1: Be polite. Being polite versus being rude, or simply unfriendly, can mean the difference between a job and no job. Even if you do not like the person, or are not going to go forward with them, they may know some one who you do want to work with, or you may end up having to work with them in some way in the future, your paths may cross again. It pays to be nice and polite at all costs, rather than rude or unfriendly. Being too nice has generally never lost any one a job or lost them an audition or deal. Being rude or too unfriendly has. Smile big, make eye contact, and offer to shake hands, or even when appropriate, give a hug or kiss on the cheek, which is a common thing in Hollywood that I will address in another issue. Give off love and care for the one you are dealing with, and I assure you, you will be way ahead of your competition. You don't have to be bff with your representation or a casting director, but you should at least show them that you are a person that is likeable, and that likes them in return. The great talent, the handsome, charming Viggo Mortensen (pictured above) told us at the A.F.I. Fest this month, 'I always treat every person I meet as my superior, and they usually are. I can always learn some thing from some body I meet, no matter who it is.' Now that is one true gentleman. Another part of being polite is being reliable. Don't flake. Treat people how you want to be treated, and respect their time, which is life. Don't be a flake.

2: Find out what the other person wants and if you can, offer it to them. I've had many potential clients come in to my office and tell me every thing they want, but most of them never asked what I am looking for in a client. Some of them would ask me how much work I could get them, and what I could do for them, when I hadn't even told them I had any interest in representing them. Don't assume people want to help you, and don't ask what an agent or manager can do for you before they even express interest in you, instead, ask what you can do for your agent or manager to make them want to work the hardest for you. Maybe they will want you to lose 10 pounds, change your hair color and style, get some more theatrical training, learn a foreign language, or become more polite. It could be any number of things, the list is virtually endless. Find out what will make you most valuable, and if you can, deliver, then you will be in a greater position of power to get what you want.

3: Master mental clarity of success. Know that you will succeed. Have no self doubts about your goals, and know that every failure is not really a failure, but a learning process, and a stone chipped away getting you that much closer to where you want to be, and what you want to do. Do not let others opinion of you define who you are, or create your image of your self. Wanting fame is fine, but it should be a secondary want to your craft, not the means to an end. Wanting recognition by others as a great person or talent is fine, but it should be a preference, not a necessity as an artist. To maintain your sanity, integrity, and a healthy psyche, your art should come first, not your need for the approval of fans, critics, or the like. Be true to your work, and create from your soul. Do this, and then the world, if you do what is necessary as a talent, will eventually take notice. As George Bernard Shaw once stated, 'Reasonable people adapt themselves to the world. Unreasonable people attempt to adapt the world to themselves. All progress, therefore, depends on unreasonable people.' That's it exactly. Be real, think of only what you want, make it clear, write it down, project it as reality, and make it manifest, despite any objections by the world to the contrary. This is the key to success in Hollywood.


Bruce Edwin is a model and talent manager, film producer, writer and publisher. 'How to Succeed In Hollywood' is his free ongoing article, from his upcoming book, as a way to give big to models, actors, and musicians. Those with questions of him may contact his office for free advice, at 310-226-7176. Don't miss more valuable advice in the next issue of The Hollywood Sentinel.