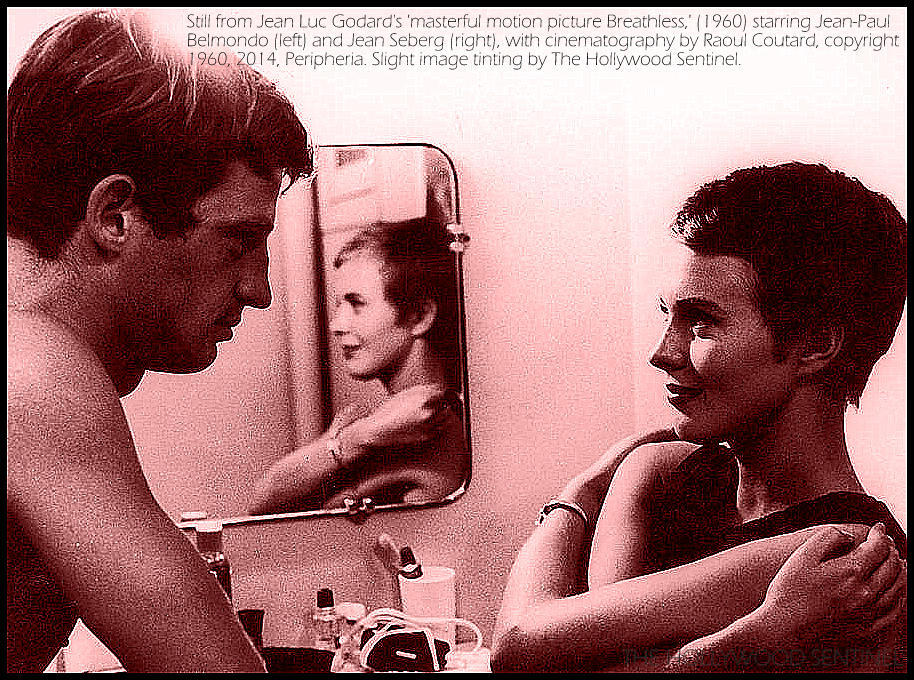 The most powerful medium of art in the world, motion picture, is ultimately and literally in the hands of a small number of people for each film, with the most influential upon the look of the film generally being the editor, the cinematographer, and the director and producer. As the star system came to replace the studio system, the auteur director began to emerge more powerfully than ever before. Films were no longer merely a 'name of a studio' picture, they were now often a 'name of a famous director' picture. The director, with their vision and artistry, is responsible for the overall look, feel, and tone of a film.

They may tell the cinematographer how to shoot the look they want, they may tell the actors what is wanted from them, and they may direct the editor, sound, and special effects department down to the most minuscule of detail. There are no rules that all directors do and follow, because every director is different and works in a different manner to get his or her unique vision out of the lens, and across the screen for millions to see around the world. As a conductor for music guides the orchestra, the director; even more importantly, may direct light, shadows, and anything beyond and in between to create a vision that is at times unique, and is at times fewer still- an everlasting triumph to the art and culture of humankind. In commendation to the craft of filmmaking, and to the great significance of the art of cinema, we give you here our tribute to the masterful men and women who make it happen; The Top 10 Greatest Film Directors in the World.

The King of the French New Wave style of cinema, Jean-Luc Godard has had a profound effect on modern cinema that shall last as long as cinema itself. Before directing, Godard was an ethnology student and a film critic for 'Cahiers du cinéma,' which he co-founded. His approach to filmmaking reflects his interest in how cinematic form intertwines with social reality. His groundbreaking debut feature, 'Breathless,' was his first mainstream success, and has proven to be one of the most influential films of all time. Film critic Roger Ebert stated that after Orson Welles's 'Citizen Kane,' no motion picture has ever had a greater influence on cinema than 'Breathless.'

The groundbreaking film 'Breathless' merged high art (Mozart) and low brow (the culture of American pulp fiction crime thrillers), longer takes, cutting long after a major action has occurred instead of cutting right on the action, and a focus on poetry and literature within dialogue among more, all of which has been mimicked or utilized by generations of filmmakers since. Even more importantly, Jean Luc Godard utilized the first ever jump cut in motion picture in his film 'Breathless', which Godard is credited with inventing.

In Subnormal Magazine, I stated that "Jean Luc Godard is the Andy Warhol of motion picture; brilliant, revolutionary, and forever cool," and stated that '"Breathless did for motion picture, what The Sex Pistols did for rock and roll." Adding, "With Breathless, Godard broke the mold, and re-invented the tableaux of modern motion picture with a genius fury."

As the sixties progressed, Godard’s output became increasingly radical, both aesthetically ('A Woman Is a Woman,' 'Contempt', 'Band of Outsiders') and politically ('Masculin féminin', 'Pierrot le fou'), until by 1968 he had at one time forsworn commercial cinema altogether, forming a leftist filmmaking collective (the Dziga Vertov Group) and making such films as 'Tout va bien'. One of the greatest filmmakers of all time, with filmic images that exemplify the greatest in photography, and largely shot by his predominant cinematographer Raoul Coutard, Jean Luc Godard is a directors' director, and an icon for the iconic. Without question, Godard remains the great visual poet of motion picture, he is one of the top ten greatest directors of our time. Read the next issue of The Hollywood Sentinel for the next on the list of the Top 10 Greatest Film Directors in the World, in no particular order.

This content is ©2014, The Hollywood Sentinel, with excerpts courtesy of The Criterion Collection, all rights reserved.