How to Give Your Relationships the "MIDAS" Touch


Saying you're sorry is never easy, but almost always worth making an effort. Author, attorney, and apology expert Jathan Janove discusses how, and how not to, apologize effectively—and why you need the “MIDAS” touch.

In 25 years of litigating workplace disputes, I frequently observed the impact of apologies—when given, when not given, when done well, and when not done well. Just as a well-executed apology can avert lawsuit, a bad one can assure it. What’s the difference between the two?

A “But” in Action

Many years ago, I served a term as president of a non-profit organization. At a social event, and in the presence of others, a person I considered a friend, or at least a friendly acquaintance, said, “You know Jathan, your presidency has been a failure.”

Stunned, I said nothing. Later, I told my wife how hurt I felt.

My wife said something to his wife, which resulted in a phone call from “Gregor.” A brilliant but acerbic attorney, Gregor said, “I understand you’re upset with my comment. Let’s have lunch and talk about it.” 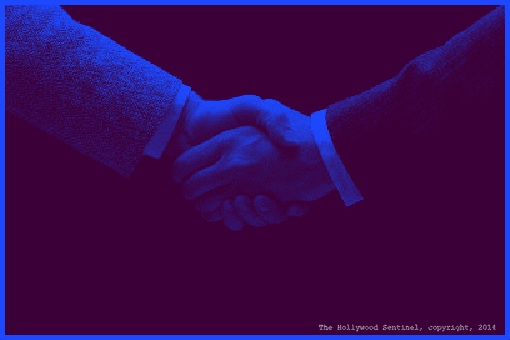 I agreed. We met at a restaurant.

Gregor began the discussion by commenting on my tie. “Where did you get that?” he asked. With a wry smile, he added, “Actually, I’d rather not know.”

So much for getting off to a good start.

“I’m sorry if my comment offended you,” Gregor said. “But you evidently didn’t understand what I meant.”

I sat there in silence. Gregor continued, “You see, I wasn’t saying that you were a personal failure; only that your presidency was. I wasn’t blaming you. I was simply pointing out that in an organization as screwed up as that one, anyone’s presidency would be destined for failure.”

I thanked Gregor for the clarification. However, the look on my face should have told him the gratitude wasn’t sincere.

The waiter came with the check. We both stared at it.

I shook my head. “No, I insist. This experience has been worth it.”

Later, I told my wife about Gregor’s “apology.” At a loss for words at first, but kind soul that she is, she said, “I really like your tie!”

Apply the MIDAS Touch Instead

Instead of a “but” apology, use the MIDAS touch: “I made a mistake. It caused you injury. I will do things differently. Let me make amends.” Then stop talking!

The first element, “MISTAKE,” admits wrongdoing. You screwed up and are willing to say so.

The second element, “INJURY,” acknowledges that your action caused damage. Don’t qualify it with “if.” It’s not “if I offended you.” You know they are offended. When Gregor said, “I’m sorry if my comment offended you,” I felt like telling him, “What do you mean? Do you think I’m faking it?!”

The third element, “DIFFERENTLY,” whereby you promise not to repeat your behavior, is often overlooked. But it’s critical. It tells the recipient you mean what you say. You’re not being phony. Gregor’s efforts at explaining his comment—the “but” part—told me that, despite his apology, I could expect similar treatment in the future. But then I could take comfort in the fact that I’m not an individual failure, merely a part of a collective failure.

The fourth element, whereby you offer to make “AMENDS,” solidifies the feeling that you’re sincere and truly care about the other person’s feelings. In other words, pick up the check!

Finally, number five, the hardest element of all: Once you’ve conveyed the “MIDA,” STOP TALKING. Hit the self–mute button. Until the other person has spoken, don’t say another word!

If Attorneys Can Apologize, So Can You!

After I became the managing shareholder of the Portland office of Ogletree Deakins, I mediated a dispute between two attorneys. A ball had been dropped on a project. Blame was assigned. A “but” apology made matters worse, resulting in the issue being brought to my attention.

Emotions were high on both sides. Nevertheless, I persuaded one of the parties to apologize to the other. I had him write “MIDAS” on a sticky note to be kept in the palm of his hand. I wasn’t present when he conveyed the apology but by all accounts it worked—problem resolved, relationship preserved.

Afterward, the apologizer said to me, “I came to the ‘S’ and stopped talking. She [the other attorney] said the things I wanted to say—that it wasn’t entirely my fault, that the damage is repairable, and so on. I didn’t expect this response. In fact, I was shocked!”

After a pause, he added, “But you know, the hardest letter in MIDAS is ‘S.’ If I didn’t have that sticky note in my hand, I’d have blown it!”

How about you? Do you have an opportunity to solve a problem and heal a relationship? If so, apply the MIDAS touch. You won’t regret it.


This story is ©2014, Jathan Janove, The Hollywood Sentinel, all world rights reserved.