The Golden Globes are the biggest award show of the year; after The Academy Awards, and bring out the most talented and glamorous stars of film and television throughout the world, for one night in the entertainment capital of the world, Los Angeles.

Though it was initially not marketed as a comedy, and really is more drama than comedy, nor should it qualify as a musical with little more than one song, 'American Hustle' was entered into the musical or comedy category, and won. The talented and sexy actresses from the film won; with Amy Adams winning for Best Actress, and Jennifer Lawrence winning for best supporting actress.

'Gravity' won for best director by Alfonso Cuaron, which we featured in a recent issue. The interview with Sandra Bullock is for you again here above.

'Frozen' won for Best Animated Film, and 'Th e Great Beauty' won for Best Foreign Film. Although not widely reported by mainstream media concerning the awards, '12 Years A Slave' won for Best Drama, which we also featured in a recent issue. That feature is again here:

Bono from U2 won best song for the film 'Mandela-Long Walk to Freedom,' and actor Jared Leto, also from the great band 30 Seconds to Mars won Best Supporting Actor for his work in 'Dallas Buyers Club.'

Robin Wright won Best Supporting Actress for her work in the T.V. show 'House of Cards. T.V's 'Breaking Bad' won for best T.V. drama, with Bryan Cranston from the show winning best actor for a T.V. series drama, and Elisabeth Moss and Michael Douglas winning for Best Actor and Best Actress for a T.V. mini-series.

Leonardo DiCaprio won Best Actor for his work in the degenerate picture 'The Wolf of Wall Street' which gleefully insults everyone from the Amish, Buddhists, Christians, gays, families, married couples, the mentally disabled, women, and children, and promotes crack use among more.

Under promoted as too often, many did not know when the Golden Globes were, with not enough advertising for the show in print, radio, or web, although the viewership stats were reportedly up for this years show. With the majority of young people viewing content online more than T.V., the show had zero web access we could find through its official lines on NBC. So, it might be a good idea next year to actually make the show accessible online as well, which can also be a revenue stream with additional advertising.

While guys have the advantage of being able to show up in the standard tuxedo at awards events, the ladies have it harder. When they get it right, they soar. When their wardrobe has problems, the fans and media never seem to let them live it down, whether it be a bra tape that slips, a dress that another star also wears the same night, or worse, something that their stylist picked and just looks awful. The pressure is high, and can be more stressful for some women than the work itself which led them on to the red carpet to begin with. As a result, the best dressed at The Golden Globes this year happen to all be women. And, this also happen to be The Hollywood Sentinel's Top 4 Hottest Actresses of the Golden Globes this year, who are, as follows; 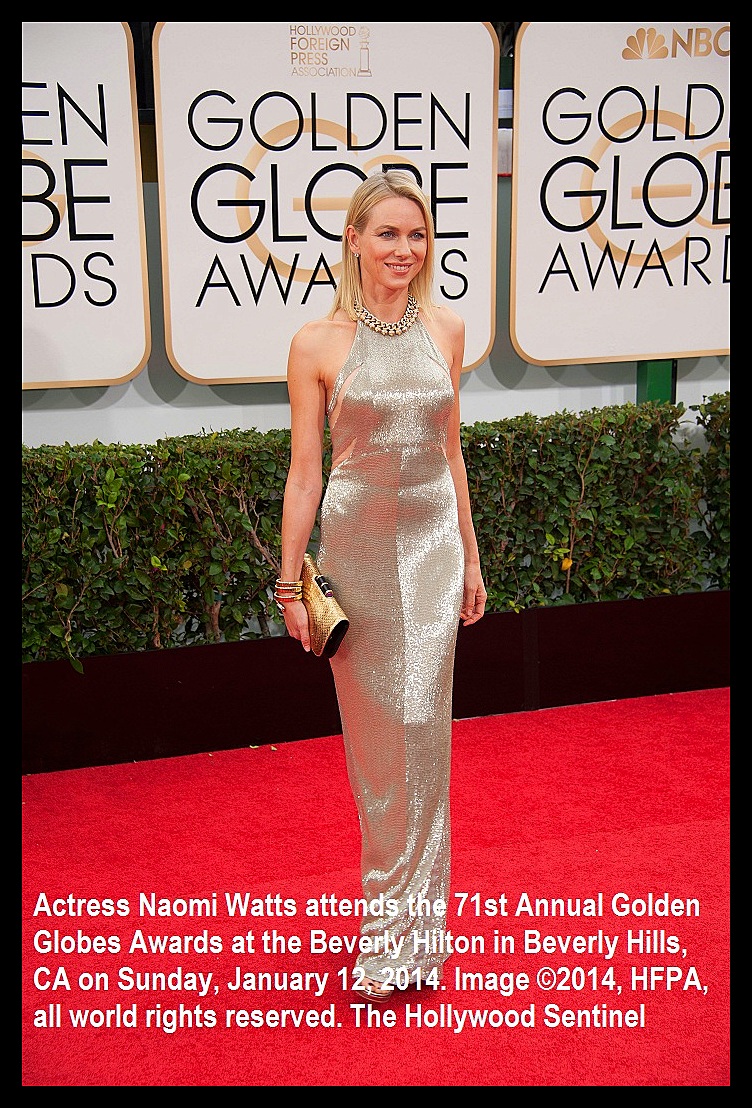 One of the greatest actresses of our time, the talented, charming and beautiful Naomi Watts always looks great, with an impeccable style and great fashion sense to match. She is a true class act, and looked great here this day for the 2014 Golden Globes, as always. 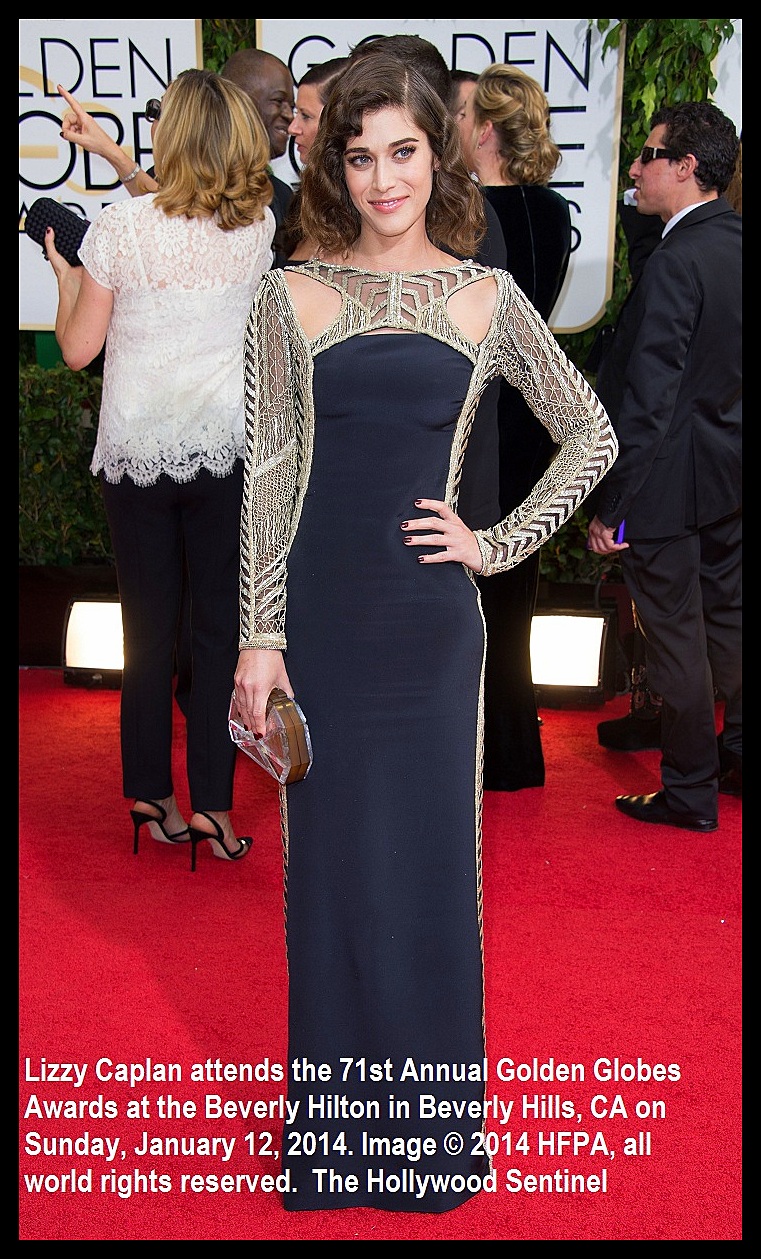 Having appeared in films including 'Cloverfield,' 'Mean Girls,' and '127 Days' among more, Lizzy Kaplan is a notable actress whose sex appeal took a new plateau when she landed in the racy new cable show, 'Masters of Sex.' With a great look, and two images on the Globes wires this year, she charmed greatly on the red carpet for the 2014 Golden Globes. 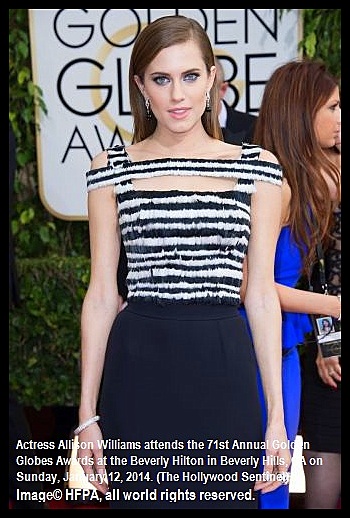 The sexy Allison Williams is having a big year this year, with her starring role in cable's new show 'Girls.' With a great look, and talent to back it up, this rising star will continue to go far. She looked amazing on the red carpet at the 2014 Golden Globes this year. 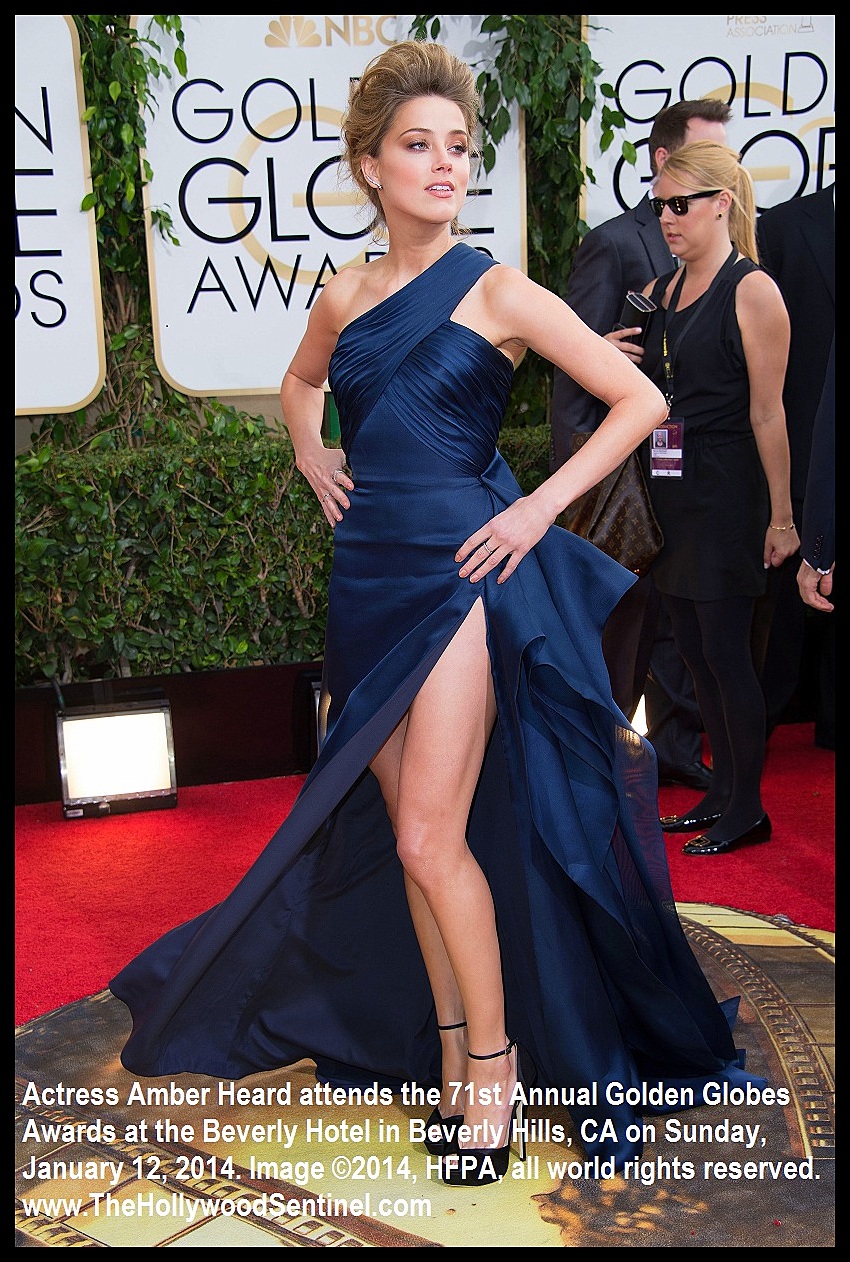 We can't say that we've seen much of anything Amanda has been in, such as 'Zombieland,' or even cable T.V.'s provocative but short lived 'The Playboy Club,' but, does it matter? A former model turned actress, Amanda poses here in the style of Marilyn Monroe, and got three images of herself published on the Globes press wires, while many far bigger stars got zero images, or at the most, just one. With a look and dress like this, we can see why. Showing lots of leg, a great dress, and a high fashion look, Amanda brought the biggest sex appeal to the 2014 Golden Globes this year, and dominated the red carpet.


This story is ©2014, The Hollywood Sentinel, all world rights reserved.