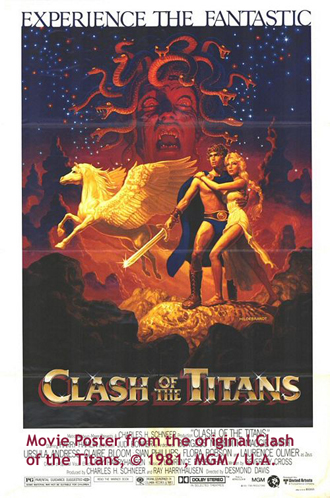 The legendary career of stop-motion and visual effects pioneer Ray Harryhausen (born in 1920) is now being showcased in the Academy of Motion Picture Arts and Sciences’ new summer exhibition “The Fantastical Worlds of Ray Harryhausen,” which opened Friday, May 14th, in the Academy’s Fourth Floor Gallery in Beverly Hills. Admission is free.

With unprecedented access to the Ray Harryhausen collection, the exhibition features original models, drawings, storyboards and behind-the-scenes photographs demonstrating the animation and visual effects processes that Harryhausen used to create many iconic films, including “It Came from beneath the Sea” (1955), “Earth vs. the Flying Saucers” (1956), “The 7th Voyage of Sinbad” (1958), “Jason and the Argonauts” (1963), “The 3 Worlds of Gulliver” (1960), “One Million Years B.C.” (1966) and “Clash of the Titans” (1981).

In 1991 the Academy awarded Ray Harryhausen its Gordon E. Sawyer Award (an Oscar® statuette) for his technological contributions to the industry, which included Dynamation, an original technique that allowed armature models to be integrated into live-action footage.

Ray ’retired’ from dimensional animation in 1984 although he has indulged himself occasionally in his work. Called the father of stop-motion animation (he calls Willis O’Brien the grandfather), he now lives in London with his wife Diana and takes an avid and enthusiastic interest in The Ray & Diana Harryhausen Foundation and how his extensive collection of models, artwork, stills and miniatures are preserved and exhibited into the future. Also opening on May 14th in the Academy’s Grand Lobby Gallery is “Chuck Jones: An Animator’s Life From A to Z-Z- Z-Z.” The exhibition will feature Bugs Bunny, Daffy Duck, Elmer Fudd, Pepe Le Pew, Wile E. Coyote and many other iconic characters created or developed by Oscar-winning animator and humorist Chuck Jones (1912 - 2002). More than 150 drawings, storyboards, cels and dialogue sheets will be on display.

“The Fantastical Worlds of Ray Harryhausen” and “Chuck Jones...” continues through Sunday, August 22. The Academy’s galleries are located at 8949 Wilshire Boulevard in Beverly Hills and are open Tuesday through Friday, 10 a.m. to 5 p.m., and weekends, noon to 6 p.m. The galleries will be closed for the Memorial Day (May 29 and 30) and Independence Day (July 3 and 4) holiday weekends. For more information call (310) 247-3600