How to Succeed In Hollywood © 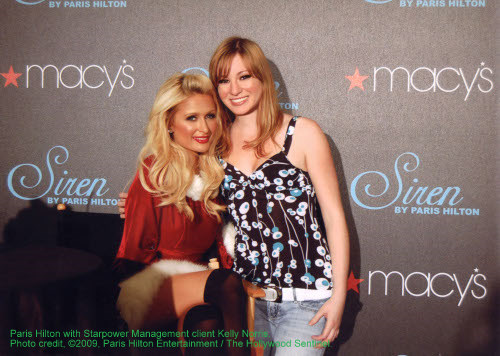 Succeess in Pilot Season and the Music Industry

PILOT SEASON: Pilot season refers to the time, generally a four month period, during which producers and networks shoot at least 22 minutes of final cut footage for consideration for network pick up. This time is usually around January to April, however, this time may be extended, and is often debated, with it being a big question among beginning actors as to when in the world it actually is.

Over the past few years, pilot season has arrived sooner, once due to a strike, and recently, it seemed to keep getting sooner and sooner, with many pilots now beginning shoots as early as September. Actually, pilots can be shot at any time of the year, yet the majority usually fall some where between the last and first quarter of the year, for consideration for fall pick up. The 22 minutes length is due to the average segment length of a T.V. show, minus commercials. Some test shoots are shortened down to only about 7 or 8 minutes, at which they are no longer pilots, as they can not stand alone for a major audience viewing, and instead are called demos. Some pilots are shot as full length 90 to 120 minutes, with the intention of doubling as a film, if T.V. does not pick up the project. Some pilots go to what is called "development hell," and never get picked up.

Pilots are shot usually as just a first episode, and are given a test market approach by the networks to attempt to gauge how it will do in the ratings. Nielson is the main rating system, though with the advent of video on demand and other digital sources, market analysis is changing. I will not go in to here the controversy surrounding the ratings systems. Networks often use test audiences to rate on a scorecard or the like, how well they like a show or not. This can make or break a pilot. Many aspiring actors feel that they must travel to L.A. for pilot season, or if they are here, that they must have an agent and participate in it. It is a fact that many new T.V. actors get their start by new shows that get picked up during pilot season. Some sources I have read actually tell actors not to pursue pilot season, and list reasons why. This is foolish. While there is always work, the competition is always fierce, no matter what time of the year it is. The other thing to realize is, if you know in your heart, mind, and body and soul that you will achieve something, it has nothing to do with what time of the year it is. If it is meant to be, and you use your power to make it happen. Be bold, daring, and different.

If you want to make a great success during pilot season, my suggestion would be to focus on just a few shows that you know about, with complete obsession and determination. Learn every thing you can about the show, about the creator, and the crew (without being a stalker or a creep)! Then, pursue each project with all of your might, aggressively, again and again, from every angle, until you get it. Too many actors I have seen are too scattered, and bounce from audition to audition, expecting it to just fall in their lap, instead of actively focusing on one role, and one part, and doing all they can to make that showrunner know they are the best person for the cast. The key here is quality over quantity. Rather than trying to do it all, audition for all, and mastering none, focus on a few, and be a master of each scenario. Know with every part of you that you did all you can to get that part on that one specific show. Then, once you know that, accept it as a learning process, and let it go. If you don't get it, who cares? You will still wake up tomorrow breathing, and have a life to live. If you have this approach, much more will come to you, and then, when you do get the part, you can be thankful that you attracted something great to the best in you.

When I talk to major label execs, the thing they tell me they want is what they refer to as 'radio ready.' That means, they do not want to have to spend money on developing most new artists music with heavy studio costs. Record labels function in two main capacities, first, as the publishing side, where they own, rent, and sell songs for usage to other companies, film, T.V., commercials, and the like, and the artist side, where they sign, develop, and merchandise artists. Most major labels also provide their own in house agent or manager for artists, or at the very least they provide a publicist. Publicists can range from an one time tour publicist, a publicist handling the same artist for multiple tours, or a publicist handling the entire scope of an artist’s career. The other aspect of a label is the booking agent, which includes booking the gigs, and road and tour manager, also known as tour support, which when you seek to get a label deal, may also include transportation provisionals. Many labels these days offer little or no signing bonus, that is, an advance sum of money a band or artist gets when they sign. Remember, any signing bonus generally comes back out of an artists profit on the back end, but it can be key to a struggling new artist needing financial support for a kick off tour and new career. Artists can get a label deal, or a distribution deal, or both.