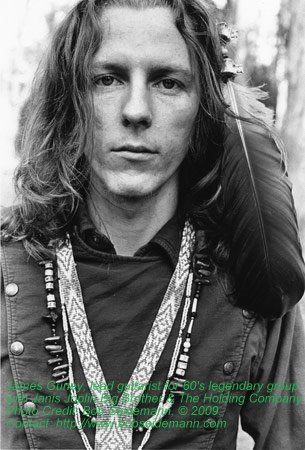 These are our hottest picks for the next few months for a great time in Los Angeles. If you're lucky, you just might catch The Hollywood Sentinel or some of our sexy friends at one of the events here below, red carpet parties not included!

19, The Damned, The Generators, House of Blues

6, U2 sold out, Angels Stadium

7 U2 now on sale, Angels Stadium

HAIRSTYLIST TO THE STARS

Film Composers, Singers, Screenwriters, Directors, Models, Talent, Casting, Production Services, above the line, below the line, and more. For any of your entertainment needs, contact: www.StarpowerManagementLLC.com Tel: 310-226-7176

FRANK SINANTRA MUSIC- The voice of Sinatra as good as Sinatra himself, Frank even said so, and we have the letter to prove it. Introducing singer Charles Power. Booking contact: 310-226-7176

IN MEMORIAM: We pay tribute here to the loss off James Gurley, (image above) on December 20th, 2009. He was 70. James joined founding member Peter Albin and Sam Andrew of the band Big Brother and the Holding Company. They were rounded out on drums by Chet Helms and later David Getz. When they hired a young blues singer from Texas, Janis Joplin, their music became world famous with their album Cheap Thrills. James Gurley was known as the father of psychedelic guitar. His work and spirit shall forever carry on.

For information on purchasing prints of the image of James above, contact the representative for Mr. Bob Seidemann at artplane@sbcglobal.net.