Airline to the Stars - Spectrum Air has Sights on Sundance 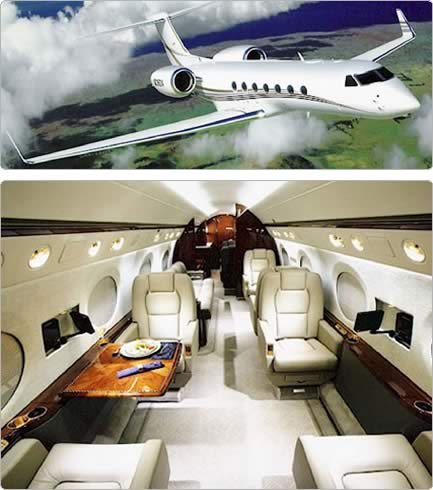 The airline to the stars, Spectrum Air, has announced its schedule of private jet executive flights to the Sundance Film Festival taking place in Park City, Utah from January 21st to January 31st, 2010. The flights will be scheduled on a round-trip basis from Los Angeles as well as from New York City. Unique to other private jet providers, the luxury airline is offering per-seat reservations allowing entertainment industry executives and supporters of the renowned Sundance Festival to fly individually or as a group. By doing so, Spectrum Air is removing for their clients the obstacle of having to charter an entire plane. Festival goers can now fly via private jet to Sundance at a fraction of the cost of chartering an entire jet.

The "Per-Seat" flights are all-inclusive with limousine ground transportation at both departure and arrival, gourmet catering and premier in-flight services. Aboard one of Spectrum Air's Gulfstream IVs or a Falcon 2000 Jet, passengers will experience unparalleled service defining what "executive private jet flying" should be. In addition, all Spectrum Air flights depart from and land at private airport terminals offering maximum discretion as well as complete avoidance of long lines and common airport delays.

Spectrum Air is a luxury private jet airline based in Los Angeles, California. As one of the most innovative private jet services in the world today, Spectrum Air's primary objective is to make private jet flying more accessible without barriers to service and to deliver an in-flight experience that is far above what is traditionally accepted as first class. Defined as a game-changing approach in the luxury private jet service industry, the company is one of the premier airlines to offer per-seat reservations removing the obstacle of having to charter an entire plane.