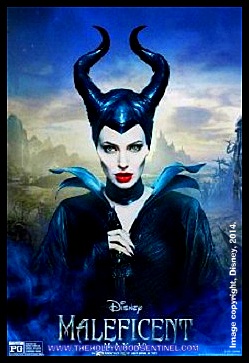 A vindictive fairy is driven to curse an infant princess, only to realize the child may be the only one who can restore peace. Directed by Robert Stromberg (production designer of "Alice in Wonderland", "Avatar", and "Oz the Great and Powerful"), this exciting remake of the Walt Disney classic 'Sleeping Beauty' explains how and why Maleficent turned so wicked, leading her to curse the infant Princess Aurora, and making this former good fairy, 'The Mistress of All Evil.' Starring Angelina Jolie as the evil fairy Maleficent, and Elle Fanning as Princess Aurora, the film Maleficent proves once again, throughout the world, why Disney in one of the leaders in creating classic films that stand the test of time.

In the age of modern technology, a star, mogul, or celebrity can often not even go outside without risk of having someone snap their photograph or video, and having it end up online for the world to see. Being famous today certainly has more of its challenges than it used to, pre-Internet. Even indoors, a public figure may risk having their privacy violated by a once trustworthy person, who deliberately 'leaks' a video or secret tape recording. Like one obtaining evidence against a guilty party by illegal means, the evidence procurement of a star's 'bad deeds' may itself be unethical, or even against the law. However, once the story is out there in the public, the damage is already done. The recent NBA controversy reminds us of this all too well.

One great thing that my parents taught me, was that "no race is better than another." "Do not ever say racist words," they would teach me, adding that "We are all God's children and creation" and that "God made and loves us all." In my early years of elementary school, my three best friends were Gary, Julian, and Jon. Gary was Mexican, and Julian and Jon were Black. I never even considered when I was growing up that any race was better than another, and when I learned of racism and slavery, it greatly disturbed me.

There are good and bad people of any race, ethnicity, nationality, and most any religious view or lack thereof. While it is true that there are some commonalities among certain groups of people that are less common in others, any stereotype is usually ultimately wrong, because not all people are totally alike. Racism (and sexism for that matter), is based on ignorance; a lack of education about people. Racism is just plain stupid. Anyone that is truly racist is just ignorant, literally, and needs educated. The person referred to with the NBA above, has since apologized, and stated he is not racist. We can assume he has learned some lessons.

If one believes in and supports human rights, then one must support human rights for 'all persons,' so long as an individual is not violating the rights of others. While Hollywood, and society at large certainly still has a long way to go to become more fair to minorities, including women (who are a still a minority in terms of power and economic equality among more), I am happy to say that the good news in all of this, is that the entertainment industry is, in many ways, a leader at the forefront of positive change and progress for human rights and equality among minorities. As the biggest opinion leaders in the world, Hollywood and the rest of the media, including the music industry, has a very big responsibility to society regarding what we portray, and how we portray it.

I am not suggesting that anyone be forced to accept ​or even see ​anything they don't like, agree with, or prefer. We are all entitled to our own opinions, and yes, we even have a right to our own prejudices. However, human rights requires that we sometimes look past our moral, spiritual, or aesthetic preferences or judgements, and view the ​situation with the mindset of the ​greater good in the name of peace. ​This ideally ​requires a fair and impartial love of all humankind, even when we may not agree with ​others ​or like ​another for their life choices. Human rights requires affinity for all forms and all types of human life as our brothers and sisters on this planet, and as spiritual beings who we share the same breath and same Earth with.

Who ever you are, whether you are a world opinion leader and major influencer or not, when you see injustice committed, or see someone doing something that violates the rights of others, do something about it, speak out about it and fight for positive change! We are all important, valuable people worthy of being safe, having freedom, and pursuing happiness, so long as that pursuit does not infringe upon the rights of others. Lets be thankful for what we have, and appreciate the differences that make us all unique, valuable human beings. We hope you enjoy the new issue!