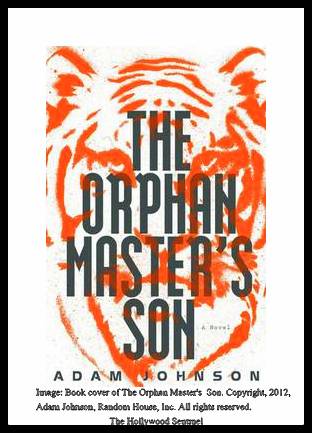 Pak Jun Do's father is an orphan master, a man in charge of North Korean boys whose parents have disappeared, died, or dropped them off at the orphanage, Long Tomorrows. The orphan master is a broken man; every night he drinks and cries to a photograph of a beautiful woman, his wife, who was presumably kidnapped to Pyongyang to serve the elites because of her looks. The orphan master is no kinder to his own son than the other boys. If anything, he demands more discipline from his son, punishing him when anything goes wrong and leaving him in charge of the other orphans. When the Arduous March, the famine, hits, the orphan master burns the bunks and sends all surviving boys to the military, where Pak Jun Do becomes a tunnel soldier, trained in the art of zero-light combat.

Pak Jun Do performs well and is selected to become a kidnapper. His first practice is with a random Japanese citizen wandering the beach with his dog. Once experienced, he and a Japanese translator named Gil are sent to abduct a beautiful opera singer that one of the North Korean officials has a thing for. Pak Jun Do performs well again, capturing Gil when he tries to defect, which would have meant serious repercussions.

Having proven his loyalty to the regime, Pak Jun Do is allowed to learn to transcribe English, then sent out on a fishing boat detail with not very sophisticated (compared to other countries) listening equipment. The sounds he pick up include an international space station, and two American girls attempting to row around the world. When the fishing vessel is boarded by Americans who steal the ship's copy of a photograph of North Korean dictator Kim Jong-il, the crew must concoct a story that everyone can agree on to justify allowing this to happen. When the tall tale about a fire is accepted as fact, a crew member is deemed a “hero.” On their next expedition, the “hero” uses a lifeboat to defect, and the Captain decides to tell the authorities that the Americans fed this North Korean hero to the sharks. To make the story more impressive, Jun Do is forced to receive fake shark bites from an attempt to save his crew mate. When the crew returns, Jun Do is tortured and interrogated about inconsistencies in his story, and then certified as a second “hero.”

At this point, the story takes a surreal turn as party officials demand that Jun Do fly to Texas as part of a diplomatic mission to tell his story of American brutality directly to a U.S. senator. A CIA agent mistakenly determines that Jun Do is Commander Ga, a feared and sadistic military leader, because Jun Do has to explain a tattoo of Sun Moon, Commander Ga's wife, which had been given to him to make him look more like a fisherman than a North Korean spy. (All fishermen had tattoos of their wives on their chests.) Instead of being rewarded for his service, Jun Do is punished upon return to North Korea.

I don't want to spoil the rest of this fast-moving, fantastic plot, but it involves the real Commander Ga, his wife Sun Moon, and the “Dear Leader” himself. Reading this book creates instant concern and empathy for the long-suffering people of North Korea. I realized that I knew very little about the situation. I learned that the United Nations Human Rights Council established a commission of inquiry to investigate systematic abuses in that country in March of 2013, and that much of what was described in Adam Johnson's novel is accurate. When someone defects to South Korea, for example, all their relatives including children, parents, siblings, and grandparents, can be sent to a prison camp every bit as brutal as those of the Nazi regime. In March 17, 2014, the Commission of Inquiry on Human Rights in the Democratic People’s Republic of Korea revealed their findings to the United Nations Human Rights Council. Within days, the Council urged global powers to back an international criminal investigation of North Korea for crimes against humanity.

While personal stories and news reports are harrowing, this novel is one of hope. It captures the human essence of love that can blossom even in the most barbaric of circumstance, and it helps those of us in the outside world to realize how lucky we are to live where freedom of speech and freedom of thought are taken for granted. The Orphan Master's Son contains graphic content that is not for everyone, but is certainly one of the literary masterpieces of our time, one that raises awareness about the plight of the oppressed. If you would like to learn more about how you can support the people of North Korea, visit www.libertyinnorthkorea.org.