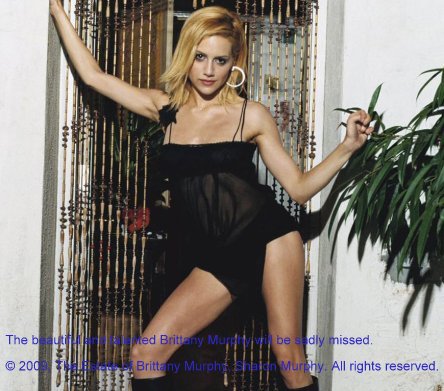 2009 was quite a year for the world, and American news. First, The Hollywood Sentinel was born. And almost as important (joking), it was the beginning of the term of the first black president of the United States of America. Then, Whitney Houston and Britney Spears returned.

And then there was the bad news; U.S. wars raged on in the Middle East, suicide bombers enacted real attacks and threatened others, and people cried more about the economy. First the real estate bubble burst, then Wall Street, Bernie Madoff, the bankers, the automobile manufacturers, and the so-called collapse of the dollar. I dealt with a personal loss of a friend and client, Michael Jackson's former guitarist David Williams, and then, the world dealt with the loss of Michael himself, and so many others: Farrah Fawcett, Ed McMahon, Bea Arthur, David Carradine, Dom DeLuise, John Hughes, Les Paul, Natasha Richardson, Naomi Sims, Patrick Swayze, and Walter Cronkite, just to name a few.

Earthquakes, floods, and plane crashes abounded, including the disappearance of an Air France plan near Brazil. North Korea threatened war and launched missiles, Iran held elections and also threatened war, China further violated human rights and refused a vigil to remember Tiananmen Square, and they upheld their ban on more than 20 non Chinese films in their country, and Hollywood does nothing, and every body seemed to blame every one else for the H1N1, the "swine flu." Next, Christian Bale, David Letterman, and Kayne West made the news. Then, Adam Lambert got more controversy as the battle over gay marriage was waged world wide which brought outrage, and the "Balloon Boy" fiasco wasted millions. And before one actors arrest at Sundance, who can forget Tiger Woods? And now, the tragic loss of Brittany Murphy.

With all of this tragedy and horror, it is no wonder the drug companies are making billions selling their pills and anti-depressant drugs. But is the world really as bad as the mainstream news tells us every day that it is? Is the world really all that horrible? Are we that miserable?

According to a major, national newspaper I picked up recently, a survey was done concerning the happiest states, and the most unhappy. Each of the fifty states were ranked with little smiley faces that either had a big smile, or that dropped down to a thin line of a frown. Now, according to this poll, which I was never asked about, and I doubt you were either, New York is the most unhappy state in the U.S. That's strange, because it happens to have one of the best cities in the world, New York City.

California was rated the 6th most unhappy, which again makes no sense to me, considering that I've traveled to most all fifty states, and California is by far one of the most friendliest, happiest states I have ever been in. Los Angeles is of course, in California, and L.A., like NYC, is one of the best cities in the world. Who could be unhappy in a place where the sun is shining and it is comfortably warm 99 percent of the time, is beyond me. Ironically, my former home state of Illinois was voted the 7th most unhappy. I lived in one of the other best cities in the world, Chicago, for many, many years, and Chicagoans are some of the most driven, down to Earth, fun loving people I know. Too much of the market economy is based on the tactic of selling fear. There are plenty of great things that happen ever day, around the world, that outnumber all of the bad, but are never reported.

In this same paper, I found a coupon for a free prescription drug from a drug maker, which makes many of the pharmaceuticals that have killed the celebs we know and love. The warning in the ad for the prescription drug include loss of vision, loss of hearing, color vision changes such as seeing a blue tinge, or having difficulty telling the difference between the colors blue and green. Now, I don't know about you, but I like my hearing, and I like knowing my colors. I also don't like newspapers telling me that my state is unhappy, or failing, or any other number of miserable things. I resent news sources pushing false statistics on me of how worthless and miserable the place I live in and love is. They did every thing short of telling me we should all be depressed. But of course, we have statistics for that too. Men are more depressed. Women are more depressed. Fat people are more depressed. Skinny people are more depressed. Who can win? Haven't you had it with news blogs, papers, and news stations telling you how horrible life and society is? If I relied on the media, I'd think the world was ending tomorrow. Oh wait, that's in another two years, right?! Wrong!

The United States spends nearly twice as much as any other country in the world on pharmaceutical drugs. Considering that another 100 thousand people died in the past year due to pharmaceuticals, that's nothing to be proud of. No wonder there are 49 other countries in the world with a longer life expectancy rate than the United States! America is too busy taking pills, being told it will help them live better, when actually it’s killing them. I'm tired of reading about star after star in Hollywood becoming another statistic of prescription drugs. And those are just the famous ones that we hear about!

I also read that 76 people were arrested in Los Angeles on Christmas Eve for drunk driving. Over 100 thousand people die each year due to alcohol. Over 40 thousand of those deaths are due to traffic wrecks, and the other 50 or 60 thousand are due to suicide, homicide, and or just stupid accidents by drunken people doing stupid things. That's over 1 million deaths per year that are preventable. It is already a proven fact that we will die, so why increase the odds?

And there is another poison that is as deadly as alcohol and drugs but that is not illegal, and does not get much discussion, and that is anger. Many deaths, be they suicide, homicide, and accidents are due to anger that one does not control. Getting in to a car when you are angry or upset and driving is similar to playing Russian Roulette. You can not be a safe driver when you are angry or upset. Wait until you are calm, and then drive. If your friend, co worker, lover, family member or who ever, gets you so upset, take a walk and shut off your phone. Take some deep breaths, and calm yourself down before you deal with them again, or operate anything that can kill you or some one else.

In summary, if you want a sane, happy, and successful new year, and I know you do, I urge you to do the following;

1, avoid listening to people or sources that tell you over and over how your life and the word around you is falling apart

2, avoid abuse of alcohol, and stay out of vehicles if the driver has been drinking, including yourself

3, avoid drugs that stunt your life and impede your mind, which includes abuse of pharmaceuticals

4, diminish anger in your life; never drive or do other things that can kill you or others when you are upset

5, visualize the life and world you want to create, and create it

Go outside, feel the sunshine. Visit with a friend. Do something creative. Say no to failure and depression, learn ways to calm your self down and relax. Make a promise to do these 5 simple things, and I guarantee you, you will have one great 2010. Despite what any one tells you to the contrary.