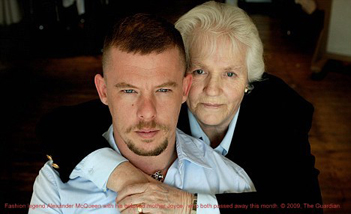 These are our hottest picks for the next few months for a great time in Los Angeles. If you're lucky, you just might catch The Hollywood Sentinel or some of our sexy friends at one of the events here below, red carpet parties not included!

19, The Damned, with Gene Loves Jezebel, House of Blues

21, Tears for Fears, the Wiltern

2, The Wedding Present, The Troubadour

6, U2 sold out, Angels Stadium

HAIRSTYLIST TO THE STARS

Film Composers, Singers, Screenwriters, Directors, Models, Talent, Casting, Production Services, above the line, below the line, and more. For any of your entertainment needs, contact: www.StarpowerManagementLLC.com Tel: 310-226-7176

FRANK SINANTRA MUSIC- The voice of Sinatra as good as Sinatra himself, Frank even said so, and we have the letter to prove it. Introducing singer Charles Power. Booking contact: 310-226-7176

IN MEMORIAM: We pay tribute here to the loss off Alexander McQueen who sadly passed away this month. Lee Alexander McQueen was celebrated for his craft, and one of the finest fashion designers of our time. Influenced by art, film, noir, French New Wave, and beyond, Lee left the world with a massive contribution to the world of fashion, design, and the arts. Not only dressing models, jet setters, and celebrities, he also clothed presidents and royalty, and gave audiences some of the greatest fashion shows of all time. His influence in the world of fashion was massive, extending in to his work with the House of Givenchy, Gucci, Puma, and many more. He will be sadly missed.