Letter From the Editor 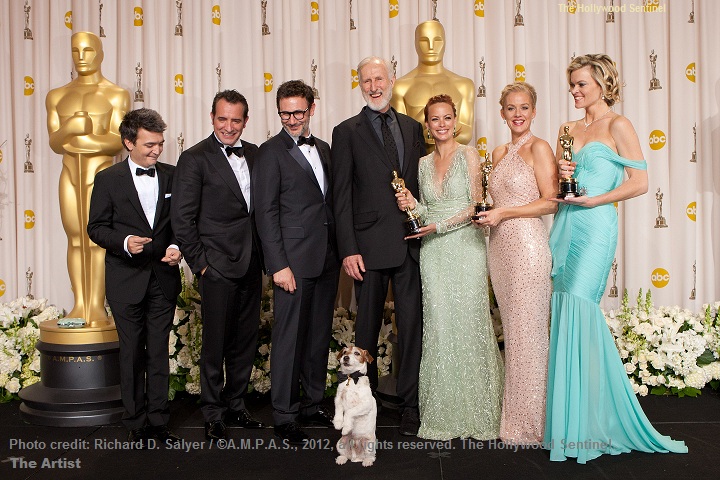 Those of you reading this that hit the nightclubs, know how there is often a long line to get in the more popular ones. If you're like me, you do your best to bypass the line and go to the front and be among the first to get in. Often times, however, club promoters will deliberately make people stand in line, when the club inside is totally empty, just to give the appearance to others they hope will join the line that the club is popular and packed. When the first few club kids 'lucky' or 'connected' enough to get in first get inside, they often find a completely empty or near empty club. All they were waiting for was an empty room with some cool lighting and hopefully decent music. The same is true of many 'red carpet' events in Hollywood, where publicists hold up lines like a field general, marshaling in the lucky or connected few that get to pass beyond the red velvet ropes. For the red carpet, at least this can turn into some publicity which has a monetary value. For the high priced clubs, the value is primarily in feeling important, and being entertained. That last line is one I want you to think about for a moment longer. People want to feel important, and that's why those who fight, beg, bully, or bribe their way to the front do so with such fury. They feel if they are in the door first, then they are not merely important, but that they are 'somebody' and someone very important.

The advertising industry via mainstream media has created an industry off of doing their best, in conjunction with many goods and service companies, to make people feel unimportant, inadequate, and less then, without their products. Their twisted gimmicks make people feel that when they buy the next model laptop, cell phone, car, shoes, clothes, accessories, fragrance, or beyond, that they will then be a bit closer to being a better person, yet still not worthy and great and noble as the product itself, and certainly not as important as the spokesperson for the product--if that spokesperson is the latest star. The agenda of unnecessary consumerism feeds people--through its warped psychology--that they are inferior without the alleged superior goods or services pushed on them via the media and touted by their favorite stars. Meanwhile, to feed this addiction to consumerism, many in the Western world, closely followed by developing regions, have loaded up outrageous tons of consumer debt, never getting enough, never having enough, and always wanting more, and bigger, and better.

Achievement and progress is noble, and being rich is certainly far better than poverty, which is nearer to death. But all of the 'stuff' in the world, and all of the titles, awards, recognitions, and VIP treatment means nothing, if you are standing in that empty room first, all alone, and not happy in your own head. Because if you're first, but not happy, then really, you will just be chasing more positions of first, more human made forms of recognition, or more stuff, and never fully satisfied, because you are attempting to gratify your ego which is, like a drug addict, always wanting more, and never getting its fill.

The true VIP, the true superior human being, the true star, is the person who has found themselves, and who loves who they are on the inside. The true stars can laugh at the game of fame and competition to be the best and have the best, and have fun with it and play the game with the aim to win. But they are also very content because inside they know who they are and inside they know they are the best person they can be, which is enough. They know that each day, in every way, they are getting better and better. The true star does not need awards, accolades, commendations, cheers, applause, and being first in line, awards, or more material things to feel and be--but they'll gladly, and politely, accept it with appreciation.

The true star is a star whether they are famous or unknown, not because of the recognition of others, but because of the recognition of the greatness in themselves and of their ability to be cause over their mind, body, and soul, and a person who is living life with integrity and purpose for something greater than themselves that will stand the test of time. The true star is happy on the inside, and are the rare, special human beings that, when they walk in to a room or down a sidewalk, are the ones that others look at and take notice of the most, as others think, 'Wow, now that must be somebody really special.' And they are. Be true to yourself, know thyself, and be secure with yourself. Then, and only then can you afford the luxury to consider yourself a star. Then, and only then, will the world take notice of you and not destroy you. Every man, woman, and child is a star. The universe is waiting for you to let yourself shine--so lift yourself up, and create the own power and greatness that you were born with. It is not just your right--it's your duty.

The biggest night in entertainment- The 84th Academy Awards was held at the Hollywood and Highland complex on Sunday, February 26th, 2012. This year's balloting rules allowed for the possibility of between five and ten Best Picture nominees, and for the first time in Academy history, nine films were nominated in that category.


The Nominated Categories and Winners are as follows:

Best Motion Picture of the Year:

"A Cat in Paris" (GKIDS)
Alain Gagnol and Jean-Loup Felicioli


Performance by an Actor in a Leading Role:

Jean Dujardin in "The Artist" (The Weinstein Company)


Performance by an Actor in a Supporting Role:

Kenneth Branagh in "My Week with Marilyn" (The Weinstein Company)


Performance by an Actress in a Leading Role:

Viola Davis in "The Help" (Touchstone)

Meryl Streep in "The Iron Lady" (The Weinstein Company)

Michelle Williams in "My Week with Marilyn" (The Weinstein Company)


Performance by an Actress in a Supporting Role:

Bérénice Bejo in "The Artist" (The Weinstein Company)

Jessica Chastain in "The Help" (Touchstone)

Octavia Spencer in "The Help" (Touchstone)

"The Artist" (The Weinstein Company), Written by Michel Hazanavicius

"The Girl with the Dragon Tattoo" Jeff Cronenweth

"The Tree of Life" Emmanuel Lubezki

"Hell and Back Again" Danfung Dennis and Mike Lerner

"If a Tree Falls: A Story of the Earth Liberation Front" Marshall Curry and Sam Cullman

"The Barber of Birmingham: Foot Soldier of the Civil Rights Movement" Robin Fryday and Gail Dolgin

"God Is the Bigger Elvis" Rebecca Cammisa and Julie Anderson

"The Tsunami and the Cherry Blossom" Lucy Walker and Kira Carstensen

"The Girl with the Dragon Tattoo" Kirk Baxter and Angus Wall

"The Adventures of Tintin" John Williams 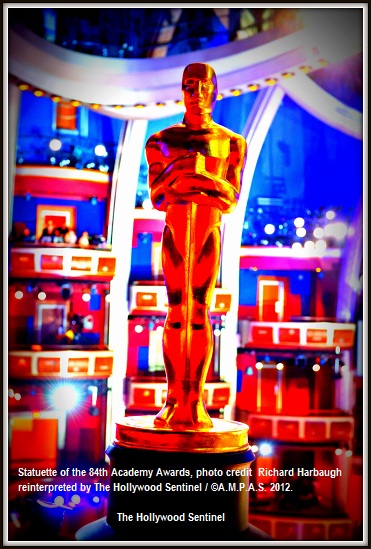 "Real in Rio" from "Rio" Music by Sergio Mendes and Carlinhos Brown; Lyric by Siedah Garrett

"The Girl with the Dragon Tattoo" Ren Klyce