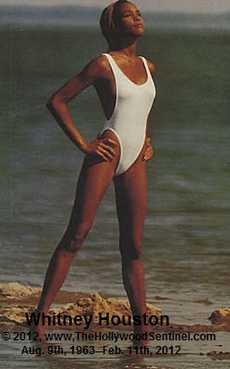 American icon Whitney Houston has passed on. A sad day for music, and the world of entertainment, Whitney Houston - the most awarded female singer on the planet, was also one of the greatest. With an amazing number of great soul singers in her family - her mother Cissy Houston, cousins Dionne Warwick and Dee Dee Warwick, and her godmother Aretha Franklin- talent ran in her blood. Whitney started singing in a church junior gospel choir, when she was only 11 years old, and she went on to sell over 170 million albums, singles and videos worldwide. According to the Guinness Book of Records in 2009, she was the most-awarded female act of all time. She won two Emmys, six Grammys, 30 Billboard Music Awards, and 22 American Music Awards. Beautiful - a former model, dynamic - a stunning performer and with a voice that crossed all races, all classes, and all genres, hers was a voice that went beyond the body, and channeled the spirit of life itself. Whitney will be greatly missed.