The Queen of Cinema - Meryl Streep 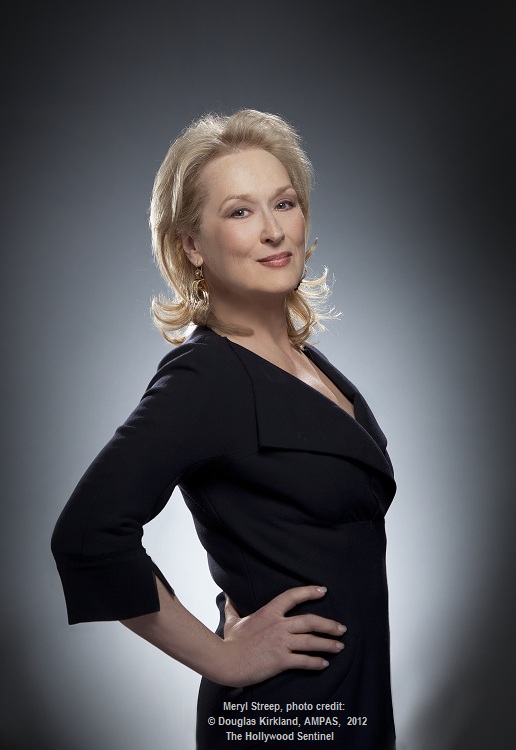 For nearly forty years, Meryl Streep has portrayed an astonishing array of characters in a career that has left audiences in awe from her work on the stage, to film and television. Meryl Streep was educated in the New Jersey public school system through high school, graduated with honors from Vassar College, and received her MFA with honors from Yale University in 1975. She began her professional life on the New York stage, where she quickly established her signature versatility and power as an actor. Within three years of graduation, she made her Broadway debut, won an Emmy® (for HOLOCAUST) and received her first Oscar® nomination (for THE DEER HUNTER). In 2010, in a record that is unsurpassed, she won her sixteenth Academy Award nomination for her role as Julia Child in Nora Ephron's JULIE AND JULIA.

Meryl Streep has pursued her cause in fighting for the preservation of our environment through her work with Mothers and Others, a consumer advocacy group that she co-founded in 1989. M&O worked for ten years to promote sustainable agriculture, establish new pesticide regulations, and increase the availability of organic and sustainably grown local foods. She also lends her efforts to Equality Now, and Women for Women International, organizations that work to support and protect the human rights of women and girls worldwide, and Partners in Health. She is a member of the Vassar College Board of Trustees and the American Academy of Arts and Letters. She has been accorded a Commandeur de L'Ordre des Arts et des Lettres by the French Government, and a Lifetime Achievement Award by the American Film Institute, and this year, The National Medal of Arts by President Obama. Wisely considered the greatest actress of our time, Meryl Streep is a legend of our time. She currently portrays Margaret Thatcher in the motion picture THE IRON LADY.