Abracadabra! The Magic Castle and The Man of Mystery, Milt Larsen 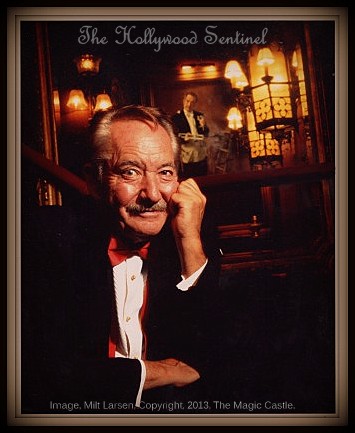 Milt Larsen was born in Pasadena, California, to a family of magicians. Considered one of the greatest magician's of our time, Milt Larsen shares with his brother, a star on the walk of fame in Hollywood, California. A speaker, talk show radio host, writer, actor, performer, lyricist, magician, entrepreneur, and the creator of 'The Magic Castle,' a world famous, private club for magicians and enthusiasts in Hollywood, California, Milt Larsen was born with tricks up his sleeve. His mother was a T.V. personality known as 'The Magic Lady.' His father was a performing magician, as well as a top Los Angeles defense attorney. One of his dad's clients happened to be Mrs. Houdini—wife of the most famous magician and escape artist of all time. It is with such a storied past, that a young Milt Larsen and at that time his brother—grew up to create the dream that his father set into motion and Milt Larsen would fulfill. As Milt told me, 'To a magician, nothing is impossible.' It is with that beautiful vision, that I am honored to introduce to you The Magic Castle, and it's fantastic founder.