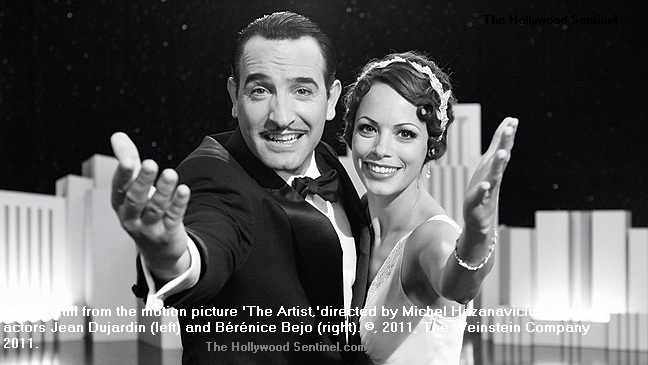 Time is- the enlightened know- merely a man made invention of sorts. The invention of the Gregorian calendar for example- which our modern calendar is based on- was presumably altered from the earlier Julius calendar largely in order for the Catholic Church to have the Spring Equinox to correspond with the movable celebration of Easter- what they stated was the time of the resurrection of Christ- (The name Easter derived from a variation of the name of a pagan fertility festival called Astarte which at times worshiped Hecate).

Early history aside, we are stuck using these tools as a convenient measurement of modern time. The recent history of 2011 has passed. And my, what a year it was! To observe one year is to observe life, and for history's sake, also its counterpart- death. Notable deaths remembered from 2011 of people who had a great impact on the world include many. Among them are, in no particular order; Elizabeth Taylor, Amy Winehouse, Steve Jobs, Betty Ford, Andy Rooney, Jane Russell, Jack Kevorkian, director Sidney Lumet, Gilligan's Island and The Brady Bunch creator Sherwood Schwartz, Easy Rider producer Bert Schneider, artist Cy Twombly, and more. But unlike many years, 2011 was also a time of great change in the political landscape of the world, with the death of three powerful and controversial political leaders.

Most recently, the death of North Korean despot Kim Jong Il at the end of 2011 shocked The East, as the communist country more firmly clamped down its borders to prevent dissidents from attempting the flee. Earlier, Libyan dictator Moammar Gadhafi was attacked by a small yet angry mob before and after his brutal assassination. And the most shocking and watched news item of the year- the assassination of Osama Bin Laden- which became a day of celebration for many in the Western world who felt a sense of justice when the American military killed the man who was the FBI's public enemy number one, was undoubtedly a powerful shot heard round the world.

To many, these deaths were in fact 'good news.' To others, however, their 'dear leaders' life here no more brought wails and tears, and for many, promises of revenge. Regardless of what side one is on, none can argue, 2011 was indeed a year of great change, entertaining news (protests in nearly every major city around the world) , and strife for many. The doomsdayers predict 2012 will be our civilizations final year- since that's when the Mayan Calendar ends. Yet this is about as logical as saying that Madonna's last fan caps out at around twenty thousand since that's around how many Madison Square Garden holds. The Mayans are not god, and did not create time or the future, merely a means to measure it. Further, for them to create calendars for all eternity - to please doomsdayers- would be an impossible feat, as they themselves would have to then live forever in flesh and blood.

Apocalypse town criers have wailed about 2012, 2000, 1999, 1980, 1960, 1900, 1800, and countless others years being the end of time. The only thing people can know for certain- is that no one knows for certain. Religious fanatics are in the same category. We live on a swirling ball of rock, water, and gas. Storms and disasters exist. Deal with it. Save the drama and woe for the stage or screen, and wake up and live! We are here now, so make the best of it!

Here's to a great year- 2012. And I predict it will be one of the best years ever- and trust me, if we say so, then it can be. From here, to eternity.

What part of the word NO don't you understand?!

How many times have you been told this as a child? This is damaging to a child on two levels. One, it suggests that the child is stupid, and incapable of knowing and understanding a simple word. Secondly, it reinforces the no. When a child, or any person for that matter, is told no, what does that do? It is a word (when adhered to) which limits ones freedom to do what they want to achieve. It makes many people feel wrong, and it makes many people shrink and feel as if their very life force is being squashed. Granted, children cannot do everything they want to do. Sometimes stopping a child from doing what they want is for their own good. However, it would be wise for adults to explain to kids why they cannot do something. 'Because I said so' is not a good enough answer for a kid.

Think of the word NO as an abbreviation. An abbreviation for Never an Obstacle. 'Never Obstacle' is the kind of mindset you need if you are going to make it in anything in life. Every time you hear someone tell you the words NO, remember that it is just that - never an obstacle. The words no, for the super successful, do not exist if they want something enough. They just go up, around, left, right, under, over, through the back door, side door, or if need be, cut and crawl or fly and soar and make their own door in to get what they want.

If women and men can land and walk on the moon - and they can- if humanity can build massive machines that fly at super speeds in the air carrying hundreds at a time around the planet- and they do- if skyscrapers have been built that reach over a hundred stories tall housing homes and offices with technology that can reach around the world in a second with the push of a few buttons- and they have, then we can achieve virtually any other goal we put our mind to. But we will not achieve our goals if we let those that tell us no stop us. So long as you are not infringing on the rights of another human being, or being unethical, you must not give power to the word no. It should not exist for you. It is only a word and words cannot stop us. We are stronger than words.

You must realize that no does not make a difference. Because you will be back, a dozen, a hundred, a thousand times if need be. A day from now, a week from now, maybe a year from now, but one day you will defeat the no. You will defeat the rejection. You will defeat the obstacle to your goal. It is only a word, but you are action. Because there are only two entities that create obstacles- yourself or another person or group of persons. And really, the only obstacle is yourself. Because others can only stop you if you let them. Others can only have power over you with a 'no' if you give them the power. Because if men and women like Mother Teresa, Gandhi, Jesus Christ, Martin Luther King, Susan B. Anthony, Helen Keller, and countess more- if these great people could have influenced millions- and they did, then you can influence one person that tells you no. And you can influence the world if you really want to.

If you have the attitude that you must have one specific something, but not from one specific person, you are bound to get what you want somewhere, from somebody if you keep trying. There are more people on this planet than you will ever even have time to meet. There are virtually limitless numbers of people out there, limitless answers of yeses and people that are ready to say yes to you right now, you just need to find the right person, and if need be, ask again and again, until you get what you want. Nothing is impossible unless you let it be. No is for parents who have lost patience for a child that asks a dozen more times for the same thing. No is for other people, not - you, not a winner.

Erase no from your vocabulary. Laugh when you hear the word, and then, tell them what you want again more, this time like you really mean it. Make it happen for yourself. Be the master of your fate, don't give that power to someone else. For no one will take your place when you are gone. You owe it to yourself to go the limit here, and now. While you are alive on this planet in 2012. You owe it to yourself to fulfill your purpose in this world here and now. This is it. Are you with me?