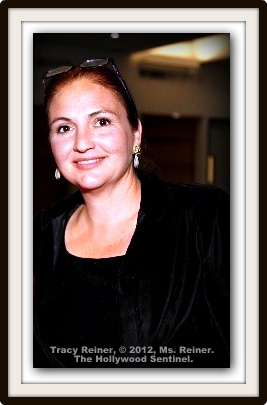 An Exclusive interview by Bruce Edwin

I am speaking here today with the legendary Tracy Reiner; writer, producer, actress, and member of one of the most lauded families in Hollywood. Daughter of the iconic producer and actress Penny Marshall (actress from Laverne and Shirley fame, and a major female film director), niece of the iconic writer, producer, director Gary Marshall (creator of Happy Days), and stepdaughter of the iconic writer, producer and director Rob Reiner (creator of the masterful Stand By Me), Tracy Reiner is a talent in her own right, having appeared in over fifty film and television shows including 'Valentine's Day,' 'The Princess Diaries,' 'The Princess Diaries 2- Royal Engagement,' 'Riding in Cars with Boys,' 'Apollo 13,''Pretty Woman,' 'Frankie and Johnny,' 'When Harry Met Sally,' 'Beaches,' 'Die Hard,' 'Big,' 'The Sure Thing,' 'The Flamingo Kid,' and her most known role in the T.V. show and film of 'A League of Their Own' as Betty (Spaghetti) Horn among many more. If there was ever Hollywood royalty, Tracy Reiner would be it.

But Tracy Reiner the gifted actress is not even half as fascinating as Tracy Reiner the human being and intellectual. If her family broke records (and they did), Tracy Reiner shattered further stereotypes and advanced consciousness. Fiercely confident, fast, fascinating, and brilliant, this incredible woman is not merely a kid raised by the Hollywood great's, she is greatness in her own right. Her knowledge about Hollywood, politics, religion, and things often hidden is quite mind blowing. Talking with Tracy Reiner is not merely a conversation, it is an experience. She is a quite rare, gifted, brilliant and amazing human being, and it is an honor to bring you here part 2 of my interview with this extraordinary woman.

The Hollywood Sentinel: You come from a great history of producers. In Hollywood we've heard of so called runaway production, and now Los Angeles has gotten criticized for not having the best tax breaks as other areas in the country such as New Orleans for example…

The Hollywood Sentinel: Oh, interesting. Why do you feel is the reason that California is not giving some of the bigger incentives as are some of the other areas of the country?

Tracy Reiner: I don't know why, but I've said some of the elements of how much revenue it brings to another state, like when we went to Illinois, Indiana, and Kentucky, and we brought millions and millions of dollars to shoot there. I mean just our laundry for our crew for three hundred was a lot, and we brought money into those towns, and I think this thing of 'why not in California,' I don't know of all that politically, but usually its areas that are very poor (that give bigger tax breaks), like New Orleans, Louisiana, and Mississippi for the last few years, and it's been so instrumentally positive to their economy. And all what artists will do to go in somewhere and touch that (is very interesting). A film can go in and simulate their life pretty much, and bring more money, and make them millions of dollars and tell the truth about stuff, so interesting things like that happen. Countries have been doing that for centuries -making things somewhere else, so I don't know that a different hierarchical order of it would work. I think that its important, I know that they're happy to be able to go shoot the big action movie in New Mexico, the one with Robert Downey Jr., 'The Avengers,' and I get all these updates on my twitter and everything, and everyone in New Mexico is excited about it, whereas if 'The Avengers' was going on in town, it might not be such a big deal…but when it starts to happen in another community (other than Hollywood) it's a big deal, so I think the possibility of generating more income for a community and a stronger buzz is a good thing. And there are so many screeners out right now from the Academy and new films, I haven't even seen them all yet there are so many. My platform that I am really excited about right now is the affect of special effects on physiology.

The Hollywood Sentinel: How so?

Tracy Reiner: Well that's an interesting story that parallels me coming out here…(…) so my grandmother worked for the Department of Defense, the Atomic Energy Commission. My grandmother was a really great woman who worked at all these different labs when I don't think very many women did (at the time) and I had come and saw her and I said -one of my uncles works for NASA, and we just did this movie 'Apollo 13'...and she discussed with me a lot of the special effects technologies that came out of the lab and were going to be used in movies (…) years ago, and so it's something I was brought up in and hi definition at the time, for about twenty years or so...I was a teenager and working with Zoetrope Studios for Francis Ford Coppola and his son Gian at the time, where we were allowed to do a lot of testing on the beta cameras and all the Sony stock, early high definition, and I got to meet a lot of the heads of that division including Mr. Morita who was running Sony at the time (Mr. Morita founded Sony along with Mr. Ibuka).

A nice part about being young and a girl who could play the part is that I was allowed to not just be treated as an actress, I was allowed to learn, and I learned writing, and got to spend a monthly retreat on the private club with Wayne Goldman (one of the first developers of the electric car) and more…Francis was very nice to me and said, "Do you want to be some lackey, or do you want to learn what filmmaking is really about?" And of course I was up for the challenge, and I said, "Fine! OK, I want to learn what it's really about!" I had an amazing time, and I was thirteen or fourteen at the time and my uncle was filming 'A Flamingo Kid..' 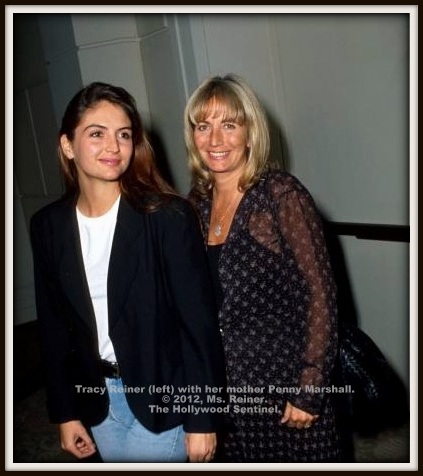