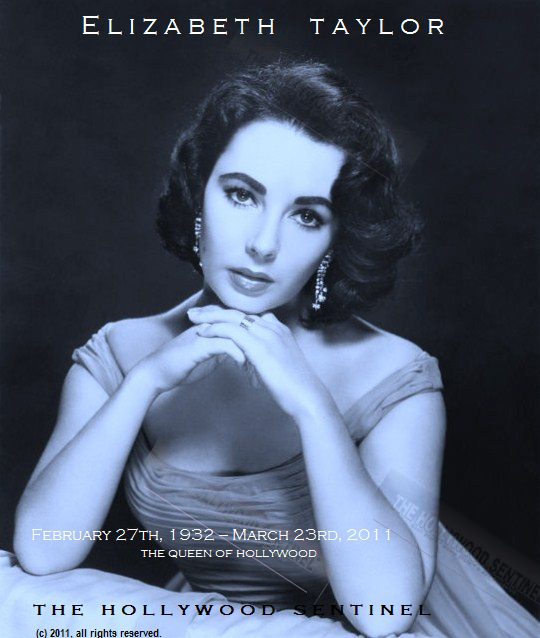 Did you hear about the murder today?

Whenever anyone asks me something like the question above, I usually ask him or her, which one? I then often jokingly tell this person how that news is so old, so yesterday, or so last hour, and they better catch up with the times. You see, if people try to communicate with you on that level, they may not only be trying to be superior to you in current events, but they also may want to create a reaction in you, and the reaction they want is a sick one in the bottom of your stomach.

Think about it, do they really want to make you feel good with such bad news? I doubt it. People like this meet their match when they find someone who not only knows the latest bad news and indulges them in it, but even ups the ante and tells them an even more recent, more horrible story of pain and tragedy that they didn’t know about. Their ‘misery loving’ company may describe to them in graphic detail the blood, the guts, and the gore, in such a manner that the other person actually feels sick and depressed by the time they are done with them. That’s exactly the mission they accomplished, and if the first party succeeds at their goal too, then they both will leave feeling terrible, depressed, stressed out, and upset.

The reason most people really talk about the deaths and tragedies of strangers generally isn’t to try love the world and love everybody, because many people don’t. Rather, it’s because they are terribly bored, and/or because they are afraid of death, and they are secretly mourning their own impending death of their own body. Or perhaps maybe they’re just a jerk that likes to depress you. Or, perhaps they are just scared as can be of their own environment, afraid that lurking around every corner is that killer ready to snatch them just like they read about in the papers every day, and they are looking for you to reassure them that they will be safe, and want to get their fear off their chest. When in actuality, the vast majority of people on this planet are good people that want peace and just want to feel loved and be happy, and our environment- for most of us- is really not as dangerous as the media would like us to believe.

Whatever the reason, these harbingers of death and doom serve no good purpose to manifesting your destiny, whatever that is. So the answer regarding this is to not tolerate any misery player to darken your day. And that includes not just third party reports, but the first source – media itself. One can be aware of the world, scan world and current events, and know what’s going on, without getting addicted to pain and misery, and without getting polluted by every new tragic story that much of society and media loves to talk about. In addition to the news we allow ourselves to hear, the way people talk to us can have a good or bad effect on us too, even if it is not immediately apparent. For example, have you ever had a conversation with someone, and they were telling you a story about something horrible that happened to them or someone else, and they refer to the occurrence as having happened or going to happen to you? For instance, just imagine that I am in front of you, telling you a story, and I say, “you know, I read in the paper the other day about this person, and you know, they were attacked and really beaten severely. And you know, they have you like pinned down, and they are beating the hell out of you, and you can hardly breathe, and then you have these red marks all over your neck, and bruises, and you nearly die, and…”

Does that irritate you? Beyond irritating, and wrong information, it’s damaging on every level. The reality of something bad happening to a stranger will usually not affect you, but hearing about it can. In this case, what you don’t know will not hurt you. You know, if I tell you how a child just died in a horrible way, and I describe all these terrible things, and you didn’t know the child, and you get depressed or even get a little teary eyed about it and don’t function well all day, and are so sad you mess up at work, and someone gets mad at you because of that error, and yells at you, and you get more upset, and drive home, and barely miss hitting someone, and then fight with your loved one because they think you are not giving them enough attention, what good was it that I told you a stranger died? Every action has a reaction, and while it is usually sad that any one dies, that doesn’t mean that it is always the right thing to talk about.

So suppose again I am telling you this tragedy, and relating it to be that which is happening to you, and you think of it happening to you, and you try to stop thinking of it happing to you but you can’t, and then your unconscious mind picks it up and has it in your unconscious when you don’t even know you are thinking it on a subliminal level. And then due to that, you start to have trouble breathing because it stresses you out, and due to that stress, you feel sick. That’s called psychosomatic. And so you get ill (see –that’s a line of it in action right there), and that’s basically how a so called ‘curse’ can work, and why so called witchcraft is real at least on the psychosomatic level.

The media tries to curse you basically, every day, with lies, bad news, and tragedy and death stories that can make you sick, depressed, and stuck in a state of feeling as if there is nothing you can do about it all. Most media lies and states that the reason they report so much bad news and so little good news is because that’s what readers and viewers want, and because that that is all there is to report. That is a lie. Bad things in the world are actually a minority compared to the good things. There are more people living on this planet than there are those that are dying. I did a quick comparative global analysis to verify that statement and even in the most economically depraved countries on Earth, you will find that to be generally true. There are more people helping others than there are people hurting others. And more people want to feel happy than people want to feel sad. So it is a lie that there is more bad news than good news, and it is a lie that people only want to hear bad news.

The reason why media does report mostly all bad news is, because it’s not in the best interest of many opinion makers for you to be in control of your mind, your emotions, and your life, because if everyone started having an opinion of their own, being happy, and feeling in control of their world- their life, then the opinion leaders wouldn’t be leading too much, would they? Those who are in fear and loathing, and are depressed are weak, and need to follow and do what they are told. They need to be told to buy those psychiatric drugs in the same newspaper reporting the bad news that will allegedly make you feel better, they need to be told to get those shots and pills and drugs that the drug companies partnered with the media want to sell you, to save you from that latest ‘medical breakthrough’ from ‘the experts.’ And their latest discoveries of so called diseases, disorders, pandemics, epidemics, flu’s, and the like are usually just newly re-packaged lies simply to sell you more prescription drugs. The weak need led, and end up dead or sick because they buy in to the failure and disaster mentality that much of the major media and pharmaceutical industries propagate in order to keep you hooked, weak, and coming back for more, seeking the cure.

In actuality, the cure to any problem in life is getting knowledge about that problem – not the lies they propagate- and correctly acting on that that knowledge to either stop doing that which is creating the problem, doing something different, or both. Being addicted to listening about murder and mayhem constantly, and popping pills, is not a solution.

Also, an important part of that knowledge is that ‘thoughts are things.’ What we put our attention on over and over again is what we manifest not only in our mind, but also in our own external reality. Read about any great achiever, whether its Michael Jordan, Kobe Bryant, Oprah Winfrey, Bill Gates, Natalie Portman, Madonna, or similar, and you will find that they did not and do not talk to themselves like, “Oh, this will never happen!” “ Or “Man, this is so difficult, I don’t think I can do this… I don’t think this will work.” No! They speak in terms not only of that anything is possible, but also that the reality that they want is happening. And you can bet that none of the greatly successful people on this planet allow anyone around them to speak negative talk to them, telling them, “Oh Mr. Gates, I don’t think you can do that, there is so much competition,” Or, “Oh Oprah, the odds are against you in that, you might as well give up!” Never! They would be fired!

So the next time someone says to you, you can’t, tell them you WILL. The next time someone says impossible, prove them wrong. The next time you have self doubt, overcome that masochism with a positive affirmation. And the next time someone asks you if you heard the latest bad news, like, ‘Did you hear about that murder today?!’ Instead of saying, “Sorry, I just couldn’t help myself!” Tell, them, “Not interested!” Or you may even ask them, “Before you tell me about the latest bad news, what is your purpose for telling me this? What do you want me to get out of this? What do you want to get out of telling me this? How will this help you or me? After they realize that it really won’t, tell them, you’d rather talk about some good news instead. And even better yet, not just talk about someone else’s good news, but rather, to ‘be’ the good news that others will talk about!

A life of greatness requires great action which starts with a great mindset. Eliminate all obstacles, including all negative forces from your life. What you put your attention on the most, is what you attract in to your life. Like attracts like. Become that amazing person that people are talking about. Become the person that others aspire to be like. Then, we will truly all have some new news worthy of talking about.