Oprah Brings Party of New Season to Streets of Chicago 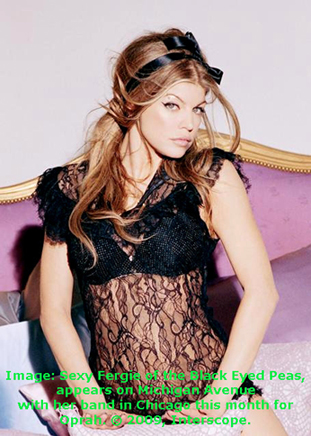 The fearless, pioneering, and outspoken Oprah Winfrey, the most powerful galvanizing force to put Barrak Obama,America’s first Black man in the office of the President of the United States,returns to the streets of Chicago once again to give the city that helped make her, its dues.

Oprah began her broadcasting career at WVOL radio in Nashville while still in high school. At the age of 19, she became the youngest person and the first African-American woman to anchor the news at Nashville's WTVF-TV. She then relocated to Baltimore's WJZ-TV to co-anchor the 'Six O’Clock News' and later went on to become co-host of its local talk show, "People Are Talking."

In 1984, Oprah moved to Chicago to host WLS-TV's morning talk show, AM Chicago, which became the number one local talk show, just one month after she began. In less than a year, the show expanded to one hour and was renamed The Oprah Winfrey Show. It entered national syndication in 1986, becoming the highest-rated talk show in television history. In 1988, she established Harpo Studios, a production facility in Chicago, making her the third woman in the American entertainment industry, after Mary Pickford and Lucille Ball, to own her own studio.

Through the power of media, Oprah Winfrey has created an unparalleled connection with people around the world. As supervising producer and host of the top-rated, award-winning ‘The Oprah Winfrey Show,’ she has entertained, enlightened and uplifted millions of viewers for the past two decades. Most in and outside of Hollywood acknowledged her power in getting Obama elected to office as president. Her accomplishments as a global media leader and philanthropist have established her as one of the most respected and admired public figures today.

Oprah's celebrating her 24th season premiere with a fun-filled, star-studded kickoff in Chicago. Thousands will flock to Michigan Avenue on September 8, 2009, to see a special appearance by three-time Grammy-winning group the Black Eyed Peas, and surprises from other familiar faces. Fans know, with Oprah, any thing is possible. For more information, visit the icons site below.