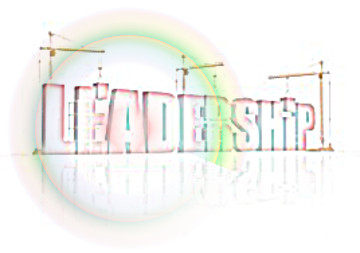 
Will your company be here in 100 years? Perhaps you never thought about it, or perhaps you weigh every executive decision with its long term impact in mind. Success must be maintained in such a way that it leads not just to short term profits, but to long term stability. In order to succeed, they say, fail often. If you replace the word “failure” with trial and error it sounds like common sense. But people aren't afraid of trial and error, they're afraid of failure.

Jack Canfield helped introduce the world to Markita Andrews, who funded a trip around the world for her mother by selling girl scout cookies. Markita's motto was “ask-ask-ask-ask.” She dealt with rejection of lost sales by saying to herself, “Some will, some won't, so what.”

If one realizes it's truly "not over til it's over," then there's just no such thing as failure. Refusing to fail means it's all about process, which allows for continual re-framing of the narrative. Of course it's one step from "shifting the narrative" to "passing the buck." Smart executives check for ethics and accountability blind spots and make sure that team members provide constant feedback about the narrative in addition to daily business.

STEP ONE: Define your narrative.

Why are you here? Several well known soda conglomerates sells us sugary drinks. Why? They're refreshing. They're here to refresh us. The Hollywood Sentinel covers arts and entertainment from a “good news” perspective. That's what we do. We're here to uplift, entertain, and enlighten you. Why are you here? A well known search engine giant has the motto of “don't be evil.” That company is here to help us find things, and if “not being evil,” means “being good,” then Google as an entity is here to help us find good things. The narrative is always defined as a service to the public. Service must be predicate and the pursuit of profits must be subjugate to be the goal and purpose of your narrative. Companies that get this right grow and flourish, while those who get this mixed up may appear to grow very quickly, but will eventually get what's coming to them.

A good narrative consists of two things: what we do, and why we do it. "We make giggle widgets to bring more giggles into the world." A good narrative keeps the focus on the good you do with your product or service.

Circling back to the mantra of “fail often,” the truth is that opening up blocked channels of communication within your organization can increase the level of interpersonal and interdepartmental conflict, at least initially. Think of the content of such conflict as the disposable byproduct of a corporate cleanse. Flush the pipes, get it out, get it over with, and get on with your work.

The most important part of your narrative is your corporate culture. It starts with respect. Companies who excel at creating a culture of respect receive the highest ROI on their human resource investments. That ROI leads to profits, and without sufficient profits the very survival of your organization is at stake. But you knew that.

The tone of internal communications is set by the group's leadership. The workplace culture of the 1950's we see depicted in today's Hollywood films and television programs isn't wholly appropriate to aspire to, but bringing back some of the civility and sense of civic duty of that era is a lofty ideal whose time has come.

Despite your best effort, you will experience trials that result in errors. When this happens, especially, especially, especially, when someone in a position of power strikes an abusive or derisive tone toward an underling in a manner reminiscent of the public flogging, condign punishment includes a public apology to those who have witnessed but not directly participated in the deviation from your now established norm of civility. Yes, a CEO can apologize privately to the receptionist he snapped at privately, but if he chewed her out in front of her co-workers for misplacing a file he later found in his home office, he should apologize to her in front of those same co-workers.

Attract and retain diverse talent. Most companies do this, but too many executives see diversity as “something we do to avoid lawsuits.” Diversity is America's strength and competitive advantage. American companies whose diversity initiatives are based on a broad and expansive definition of the word “diversity,” fit for an expansive democracy, will retain the fluid creative intelligent types who are so essential to their organization's well-being.

As NPR exposed, the degree a person receives has more to do with her eventual salary than the rank of the college or the person's rank in his graduating class. Engineering grads all do great, especially pit against English majors. What this means in practical terms is that most high-paying jobs are in sectors that focus on abstract concepts, that numbers are hard and good and words and feelings are soft and bad. If you link dollars with the former group and service with the latter group, the problem is, you've just committed business mistake number one: Never confuse the proper hierarchy between profits and service in your narrative.

A former recruiter wrote of disdainfully in another online publication of job applicants who cry during the job interview, saying that no one wants emotional people in the workplace. The writer of the aforementioned article seemed to think it was a good idea to test people emotionally during the interview and see if he could break them to the point of tears just to see if they could handle working at his company. This guy sounds like a jerk. Who wants someone like that (creating a liability) in their organization?

Cognitive, expressive, and emotional diversity can benefit your workplace in ways you'll never know unless you give it a try. That person who could be bullied easily into tears could also be an empathic listener who keeps the group connected. The dyslexic art major who mails packages to the wrong addresses might have a stellar idea for your next national advertising campaign he decides to share only because you've been patient with his learning disability. The religious minority or foreign national might provide cultural insights that help open up a whole new market.

Most companies spend enough time on product development. Some make products cheaply, with the lower cost being the greatest benefit they can give certain consumers. Others make products they hope will change the world, or products that are funny, or good for your health; there's always a hierarchy of virtue and the top virtue at your company is the one you hope will sell your product. Which leads to step 5...

Too much or too little investment in marketing can spell doom. Certain brands are famous for reinvesting as much as thirty percent of their revenue back on advertisement; unfortunately a lot of these same companies either use cheap labor or materials to create products that cater to those who harbor fantasies of a particular lifestyle.

Too many companies start with steps four and five without ever considering steps one, two, and three. Integrity and service are not just buzzwords for your Client Services department to distinguish you from your competitors. They are the foundation of lasting success for any profitable venture.

If you are self-employed or an aspiring artist of some kind, you should approach your freelance work the same as building a company, especially in creating a good name, or ultimately, a legacy, for yourself that will last longer than your time here on earth. As an individual, defining one's narrative, establishing a culture of respect in one's personal life, choosing to associate with members of a diverse support group, determining one's key value to the community or economy, and getting the word out there, over and over again, is a recipe for prosperity.

This story is ©2013, Moira Cue, The Hollywood Sentinel, all world rights reserved.