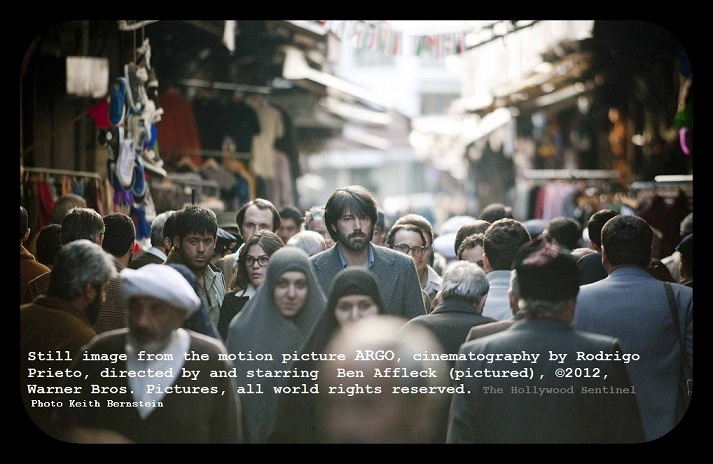 I used to voraciously read every newspaper I could get my hands on. Being a college graduate, and one who loved learning, I considered myself somewhat of an intellectual; that is, one devoted professionally and individually to the use of the intellect, rational and studious (source: Merriam Websters). And so with that, I considered it my scholarly duty to read my then hometown paper The Chicago Tribune as well as The New York Times which I read daily. Today, we receive The Los Angeles Times at our door, and I receive other digital versions of more blogs and newspapers in my inbox than I even make time to read. During my days of massive news consumption, I would often find myself overcome with emotions ranging from sheer hostility, anger, depression, and at least once every few weeks—outright tears, weeping over a story I had read.

I just now scanned over several days worth of papers, and yet today, there is something different about where I am now, and where I was then when I read the news more regularly. Yes, I still get angry when I read about children in Afghanistan freezing to death in the icy cold winter with nothing more than a shack to cover them, and a fire of garbage to keep them warm. Yes, I get disgusted while reading about yet another child rapist in a position of power, another senseless school shooting spree, or another murder of an innocent person due to drug trafficking, war, or any other number of reasons. And, I may even still get teary eyed when I read about a situation such as a young girl standing up for her right to be educated, shot by some lunatic militia who believe that a female who learns to read and write defies God. Yes, the news still effects me—but the difference between now and back then, is that now it effects me on my own terms. I choose to determine my emotions when reading the news, not be a victim of them.

If we are not in control over our emotions when we read, see, or hear something, then we are essentially giving up our power and giving up our control to the media, or other outside forces external to us, and as a result, we become a victim ourselves. Yes, it is normal and good to know what is going on in the world, and with our fellow men, women, and children. It is also healthy and understandable to feel compassion, love, and empathy for others, be they strangers in our own neighborhood, or strangers on the other side of the world. It is healthy and right to feel concern for everyone on this planet, and to want good for them. It is right to want justice upon those who do others wrong, and right to feel deeply when others suffer—even though they may be strangers. And, it is right and important to want to help others and want to help make the world a better place. However, when the news about the rest of the world we may read diminishes our own power to effectuate our own intentions as a human being, and when reading the news makes us depressed, weak, or feel hopeless or scared, then that is a problem.

The truth is, the world is not as dangerous of a place as the mainstream media would like you to believe. Every news story of every death, disaster, and tragedy is just a small fraction out of time and out of the life of every human being that is alive on this planet. And out of all of those other slices of life that are not reported, millions upon millions of good things happen that are never talked about, written about, filmed, and reported and seen, heard, or read. We are only spoon fed a tiny fragment of information that is not the whole picture of what life is really like as a whole; such as regarding an entire community, city, state, nation, or planet. Furthermore, that tiny fragment of information of bad news is predominantly disseminated by media companies that are owned by larger conglomerations which may have social, economic, political, and religious agendas that often do not even originate in the very land you are reading their news from. Daily mainstream news is often biased from the source that sells it or gives it away, by a covert agenda. With this stated, let me spell this out for you in a simple line by line list, that makes the picture clearer to see:

1. May be funded by entities with a covert agenda to mold and shape your opinion. This may result in hammering you with certain types of stories, or, may result in exaggerated, one-sided, or even faulty news reporting.

2. May report only a fraction of a reality, out of all of the other occurrences in life by all of the other billions of people on planet Earth, not only possibly, but moreso usually leaving out any report of 'good news.'

3. May lead you to being depressed, feel that the world is more dangerous than it really is, and may cause you to feel powerless, inadequate, or hopeless.

4. Generally takes money from the big pharmaceutical companies for advertising dollars, which support them, as the media in turn supports the drug makers agenda of making the public feel weak, overwhelmed, and sick, thus, thinking they 'need' their drugs to cure their affliction and ease their pain.

Don't Be Happy, Be Realistic!

We can all agree that to be happy is better than to be depressed. And we can all agree that to feel in control, feel hopeful, optimistic, and feel safe is better than to feel that we are out of control of our lives, hopeless, pessimistic, and in a total state of danger and fear. Yet I actually read recently in the mainstream city newspaper—go figure—of a book review by an author who states that it is of no use and no good to be happy, that success books do not work, and that instead we should cherish our failures and death among more. This absurd author, whose name is not even worth mention, got reviewed by a similarly lame reviewer, who admitted he was a pessimist who worried a lot. An entire large section was devoted to these deflated men—yet, not one story did I see about the workable solutions and tools provided by a real life teacher and success coach master who recently passed away—Mr. Zig Zigler.

Zig stated, among many other brilliant things, that "If you can dream it, then you can achieve it." And, "You will get all you want in life if you help enough other people get what they want." Yet, rarely ever do we see such positive, workable philosophies of life printed in any major newspaper. And why not? Could it be that mainstream media wants us to fail? Could it be that their advertisers want us to feel sick, inadequate, and less than—without their pills, or new products? The author referenced above would tell you that reading success literature is hopeless, because people always read more, and if the first success book worked, then they wouldn't have to read any more. This idiot, more in love with his own feeble ability at trying to create wit instead of seeking wisdom, would do well to read this next quote by Zig, in which he stated;

"People often say that motivation doesn't last. Well, neither does bathing—that's why we recommend it daily."

How very true. And with that, we bring you here the new issue of The Hollywood Sentinel, that, despite being aware of 'the bad news' of the world, chooses further to be in control over our own emotions concerning 'the news' to the degree that we want to, and only if and when we want to, and to not let the bad news of the worlds' mainstream media debilitate us.

Remember, the happier you are, the stronger you are, and the more in control you are of yourself and of your own life. With a life of success on your terms, the better you will be at being able to help others, and the more value you will be able to add to this planet. To be self determined, to spread your ability and confidence, to help yourself and others, is worth more than any tears over any bad news.

And so it is up to us, when we do scan the news, not get the blues that they want us to drop down in to. And until you can control that mood—take a break from their agenda of fear, death, and depression, because there is good in the world. There are good people out there. Good things do happen. Most people basically just want to be happy and want peace. Life is worth living, and we deserve to celebrate it. We deserve to have fun in our work, and we deserve to be happy.

These ideas may strangely enough not be popular in a media culture that tries to push their agenda of fear, insanity, and death upon you, in order to sell you their next dose of pills and needles or their next war based on lies, but I guarantee, that once you decide to be happy and be in control of your state of happiness, you will not want to go back—even if you are used to suffering. To suffer is not noble. To be happy, to follow ones bliss, and to help others relieve their suffering and similarly achieve a state of happiness is the mark of greatness. Here is to your greatness! And here is to your happiness! Enjoy the new issue, and please do share it with others. Thank you for being here, and we wish you a productive and positive 2013!


This story is ©2013, Bruce Edwin / The Hollywood Sentinel, all world rights reserved. To comment on this article or this issue, you may do so in the box here below.