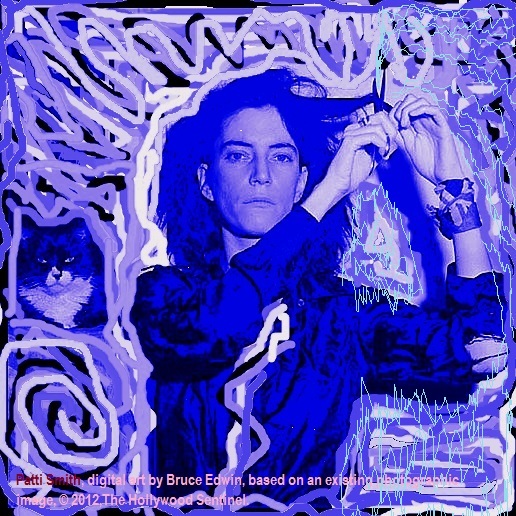 Our hearts go out to the victims in Aurora, Colorado, whose murderer was on at least one pharmaceutical drug - Vicodin, which - with prolonged usage and addiction- causes hallucinations. - subnormal

"My heart aches and breaks for the lives taken and altered by this unfathomably senseless act. I am at a loss for words how to express my sorrow. My thoughts and prayers are with the victims and their families." - Anne Hathaway

"Words cannot express the horror that I feel. I cannot begin to truly understand the pain and grief of the victims and their loved ones, but my heart goes out to them." - Christian Bale

"My prayers and deepest sympathies are with the victims and their families of this horrific act." - Gary Oldman

..."I believe movies are one of the great American art forms and the shared experience of watching a story unfold on screen is an important and joyful pastime. The movie theatre is my home, and the idea that someone would violate that innocent and hopeful place in such an unbearably savage way is devastating to me. Nothing any of us can say could ever adequately express our feelings for the innocent victims of this appalling crime, but our thoughts are with them and their families."
- Batman - Dark Knight Rises Director Chris Nolan

Pershing Square in downtown L.A. put up a stage this summer and had six free concerts including Reverend Horton Heat, John Doe of X, John Waite, The Fixx, and Berlin and The Bangles. Berlin, who we saw, were amazing, tearing out classic cuts with expertise including 'Metro,' 'Sex,' and more. They ended with the timeless romantic ballad of 'Take my Breath Away,' which saw couples slow dancing to it under the stars.

The Bangles who we also saw were incredible and were one of the highlights of our year. Making fame for their hit songs including 'Manic Monday' and 'Walk Like an Egyptian' among more, this all girl band transcends pop cliche's with full on power - rooted in garage rock, blues, and even punk. Masters of the stage, The Bangles' high energy, feel good music and voices sounded better than ever, with each song being as brilliantly entertaining as the one before, and with singer Susanna Hoffs sounding and looking nothing less than smoking hot. Congrats on getting a great booker for this series, with some truly great entertainment, good sound, and expertly produced shows.

James Franco is a very talented actor, and seems to be sincere in his intentions here. This show—focused on James Dean—particulary his death—was motivated by James Franco's depiction of James Dean and the feeling of responsibility in his work in doing so, to somehow have to defend him. I don't know what James Dean needs defended about. Maybe if I saw the TV show James Franco did playing him—which he states his agent and manager both advised him not to do—I would know.

The art installations of REBEL was evidently meant to shock or offend. Red was the prevailing color here- think pigs blood in the film 'Carrie.' Imagine smelling that if you wish, and that was the tone and vibe of this show—which reeked of death, sadomasochistic sex, and more death. Numerous art films prevailed through the show, inlaid within installations, with art fans (or perhaps James Franco fans) gawking at the bloody or nude images.

James Franco greeted the crowd later on, and introduced the pseudo-masterpiece of the night, an art film comprised of sometimes laughing, sometimes serious actors including James Franco and a number of un-actors playing half naked with—you guessed it—fake blood and sex toys, making repeated gyrating motions into walls and each other, rolling on the floor, and digitally filmed in sometimes hallucinogenic, trippy camera angles with quasi- psychedelic effects. In the words of Perry Farrell of Jane's Addiction, 'Nothing's Shocking.' OK, so maybe it is, but this wasn't—though, maybe it was an embarrassment for an agent and manager who might have told James Franco not to do this. If for anything, I suppose I can at least respect James Franco for doing his own thing. His sincerity to be a freak is not something I question.

As one artist at the event commented, if he wasn't James Franco, MOCA would have never put it's name behind this show. Probably true—but then again, you can't blame an actor for wanting to get his freak on—or, then again, maybe you can.

Male and female James Franco groupies quickly emerged from the shadows and swarmed James. They may have been licking his chest- except for his yellow t-shirt and black and white flannel shirt he casually wore. At one point, he carried a green plastic watering pitcher that I figured must either be used for one of his sex toys or a red bloody dead thing. He looked like a nice enough guy- like the kid at high school you knew listened to Metallica or Pink Floyd a lot and maybe skipped gym class to get high and got lots of babes.

As I was sitting down in the outside patio- parking lot area of the event looking at of the the shiny happy people in their mini skirts and green coiffed hair beneath the sunny blue sky beyond the warehouse of death -sponsored by Samsung, I had to tell one guy that sat down right on my companions jacket—'Uh dude, someone's sitting there.' He lifted up off the jacket and sat down close to a couple of girls who began whispering to him. Later, I saw them take the stage- a band called The Humanoids, and I again saw the girls talking to each other- this time, seemingly more glib that I did indeed—like them, like a female led Devo meets A Flock of Seagulls. All in all, a fun night, and cool of James Franco to put it on—even if he is a twisted @#%*.

Speaking of twisted, there is a great interview that James Franco did with Mila Kunis in Interview Magazine talking about sex, money, power dynamics in Hollywood, gender differences, and more. Here is a brief excerpt of it;

KUNIS: (...)So I think that you have to restrain yourself from googling your name and have other hobbies and desires and wants. I mean, you do a million things. You go to school, you write, you read, you blog.

FRANCO: Well, that was one of the main reasons that I did go back to school—that I needed something else. But for a while, this was all that I had, and it formed my sense of self-worth. As much as I could tell myself that it doesn't matter what people said or if a movie bombed, for a while that was kind of my only way of gauging my self-worth.

To read the rest of this great interview, with two very talented and beautiful people, visit: interviewmagazine.com/film/mila-kunis

The excerpt of the interview of Mila Kunis by James Franco is cited as a brief reference with credit, and is © 2012, Interview Magazine, all rights reserved.

This page may be reproduced (except the interview part with Kunis and Franco) if it is done so in full with no alterations made, and linked back to this site. If you do not comply with this request, you will be waterboarded. Anti-© 2012, subnormal magazine.