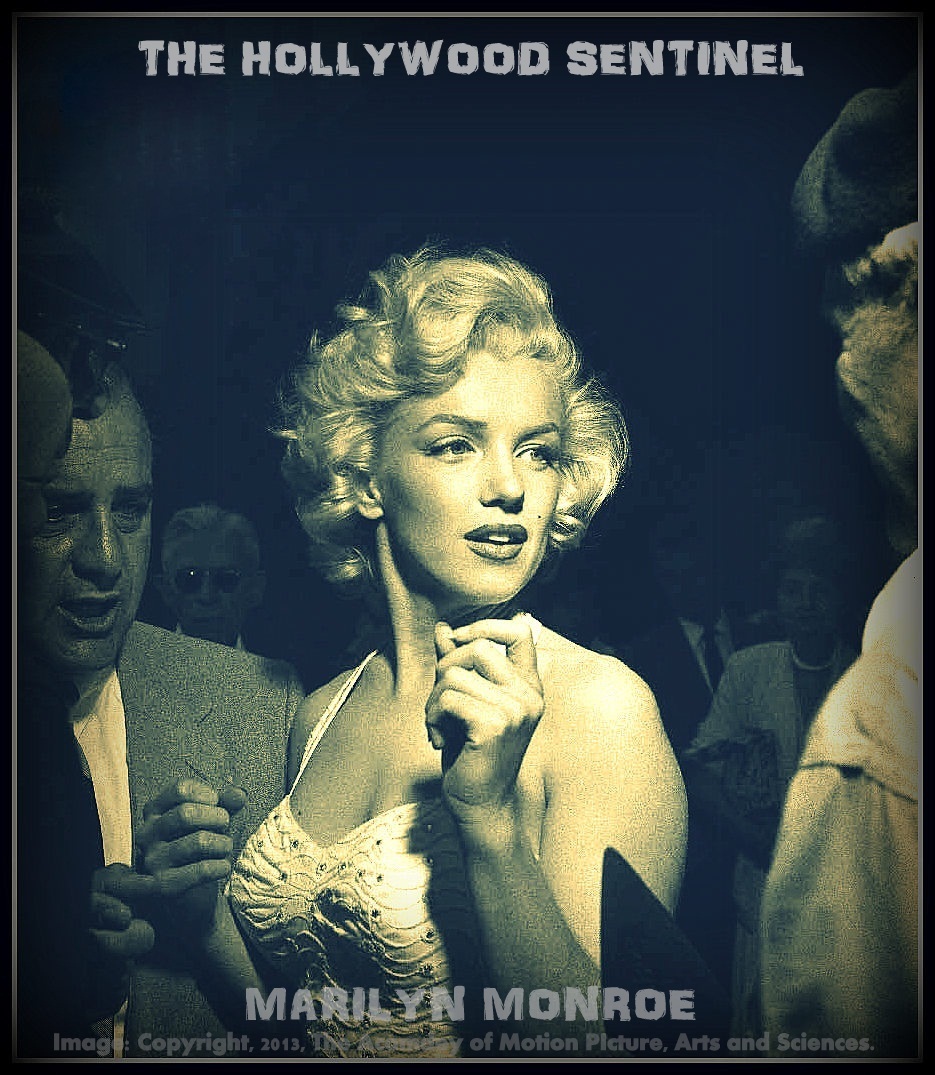 I took a plane recently for the holidays, and as often happens when I travel, I had a number of revelations. One of them, was how important it is to travel, to stay close to family, to keep moving in life, not just stay still. I also was reminded we must live and live fully, and see the world and follow our passion, because life in this physical realm is brief.

How far the human eye can see, unaided by binoculars or a telescope, depends on how many particles of light, also called photons, that a distant object emits. The farthest object reportedly visible with the eye is the Andromeda Galaxy, located about 2.5 million light years away from Earth. Our galactic neighbor Andromeda has a lot of stars which produce a great deal of light for this massive visibility!

Considering that stars are millions of light years away from us, it is also possible that we may see a star whose light appears to reach us in our present time, that has actually died or is dying; becoming a neutron star, pulsar, or black hole, yet we are seeing its earlier existence in an earlier dimension of time, thousands or millions of years earlier, different than our own time! Conversely, we may gaze momentarily at a point in space of utter blackness that appears to us as nothing in our dimension, but in actuality, is the brilliant and massive formation of a star or supernova light years from now.

Like space, which can distort our perception of time, so too do we on Earth often have a distorted view of reality when viewing persons, places, things or events with an eye on what was, instead of what is, or on what is, instead of what could be. Have you ever had someone for example, judge you by things you did yesterday, or even years ago, when you long ago learned your lesson from that mistake, and would never again in your lifetime, ever repeat that mistake? Like a star or a planet, people change. And the nature and goal of life is to improve. Just as you do not want to be judged by your past, or the shortcomings of your present, so too should you not judge others by the errors they committed yesterday. We are not the same man or woman we were a year earlier, nor even a day before. Each day is a new reality in which we can be born anew to new growth, and new understanding. It is easy to get angry. A fool can do that. It takes a truly developed, more evolved character to truly forgive and begin each day anew.

Most of us, naturally, do not spend our lives gazing into space. Most of us have our feet planted firmly on the ground, and our vision is usually directed upon the Earth. In order to know where we are going, we literally have to look. I won't digress on persons who are blind, but you get the general idea.

If hundreds or thousands of cars traveling under 100 miles per hour can get chaotic and annoying for some people, how much more confusing and maddening might be the approximate 100,000 thoughts estimated by some scientists that a human being averages per day, traveling at close to 200 miles per hour in our head? Now, add to that 100,000 or more thoughts, all of the other thoughts and sensory movements flowing into our consciousness from other minds thoughts, objects, computers, lights, and more! Is it not a miracle that anything at all works, gets done, that most people get along, and that overall, life basically goes along quite smoothly and beneficially?! Life works! Like a perfectly orchestrated symphony, and a perfectly designed computer built to sub-atomic molecular perfection, life and the universe we inhabit, as well as our neighboring universes, exist in essential perfection and harmony.

When a person is looking out across flat land, the average human eyes can see land distance for approximately 3 miles away. I further won't digress on the aspects of the calculation I researched, but it involves the line of sight distance, the radius of the sphere of the Earth, and the height (altitude) that we view the Earth from. Keep in mind we are not talking about viewing things in the sky, but land, which is limited by the curvature of the Earth. As elevation is increased, our sight distance is naturally also increased, but with less detail. The higher you go in a plane for example, the more you can see, but with less the detail. This is apparent, but well worth thinking of again. Imagine a bug on a basketball. The bug can only see the surface of the ball in front of him where the ball has not yet curved out of sight. Where the ball curves away from the vision of the bug, the bug merely sees sky, or the next object nearby in level sight.

There is no proof that any one ever thought the world was completely flat, but there is some record indicating that some believed that it was a dome shape, or as the shape of an over-turned bowl, which would suggest their notion of it being flat underneath. These who first thought the Earth was shaped like a dome or bowl lacked the training to successfully determine complex calculations like Newton or Einstein could, which would have given them a correct postulate. Like the bug with the limited view, they were impeded by a limited line of vision that stopped at a part of the truth upon where the Earth curved significantly out of sight, just enough to confuse them and limit their perception of a more total truth. Ferdinand Magellan had not yet sailed around the world to provide some reality of proof to the matter.

And so, like those who could not see the shape of the Earth, and therefore did not know its nature, we too are limited in vision by the curvature of the Earth to around three miles. Throw in some buildings, cars, or mountains, and you might limit that distance to a few hundred yards or at times even a few hundred feet or less. Reality of the physical environment and the nature of the Earth's spherical shape limits our vision. And so, much of what we can not see beyond, we either read reports about that may or may not be right, but may be limited to our senses at best, or we may guess or imagine the reality thereof, or we may simply decide that 'we do not know.'

Like those without the proof of Magellan, we too do not have the ability to set sail fully into the hearts or minds of our neighbor or loved one and read the entire map of their mind or spirit. We must try other methods. And also like those without witness of Magellan, we do not have one to set sail across the heavens, across life, and beyond death itself to give us the report back of what deific being or beings may await us beyond the grave. Granted, some have even given such reports with their near death experiences, but like the doubting Apostle Thomas, many do not believe a witness until proof is seen with their own eyes. And yet, some existences occur and cannot be seen by our limited vision.

As the curvature of the Earth limits our vision across a straight line, so too does the difference of one human being, plant, or animal between another limit our vision to see and feel the same as another living organism. Just because the animals don't communicate in the same language we do, does not mean that they don't see and feel pain when people hurt them. And just because we are not in the same soul or mind of another person feeling their hurt or seeing something magnificent to them, does not mean that what they see or feel is not powerful, and relevant, even though we may not be able to see it, think it, or feel it. Further, just because we cannot see a life beyond death of the physical body, does not mean it is not there. The difference between every living organism is like that curvature of the Earth that limits our vision at a few miles at best. Throw in some obstacles, and it is even less. Our vision is often limited by our own humanity.

So what is the solution? Live as though what you do on this planet matters. It does. Grant importance to other living beings, including animals and nature. Treat all life as sacred, important, worthy, and deserving of life, of happiness, of freedom, and of respect. Try to communicate with others in a way that you would like to be communicated to. Don't assume. Don't invalidate, and try to get a real understanding of what the person means. Follow what is called the golden rule, and treat others how you would like to be treated. If someone is just always mean and you don't have the desire, time, or patience to try help them change and be a better person, just get away from them and don't add to your suffering or theirs. Don't let the differences between you and another life keep you ignorant. Ask. Explore. People here in America are worth no more or less than people in Iran, China, Africa, or anywhere else on the planet. We are all valuable.

No one has a monopoly on eternity. We are all spiritual beings having a human experience that is often limited by our physical bodies. Yet our spirit is boundless. We can not physically be at all times in all places at once and know all things. Contrary to the views of some, we are not God. We can however seek to learn, and learn more truth. We can be better tomorrow than we were today. We can make the world a better place for being in it. In our digital age, when we can shop and get news and entertainment and more with some clicks on our computer, it may be easy to become lazy and stuck inside. Yet, we can all get outside and travel, and experience more that life has to offer. Experience something new! Life is not a mistake. Even if you were not planned or wanted, your life is miraculous. All life is sacred. It is to be lived, and lived fully. Don't wait until you are old aged to decide to want to travel or do something great. Do it now! Don't be afraid to travel the world or act now on what fulfills the deepest part of your soul and brings tears of passion to your eyes. This is a benevolent universe, and happiness is our nature and right. Seize the moment—today! Bring some joy to yourself and others this season, and live now and for the rest of your life like you have never lived before, with passion and purpose. We here at The Hollywood Sentinel wish you all a very Happy New Year! Enjoy the new issue!

This content is copyright, 2013, The Hollywood Sentinel, all world rights reserved.