The calendar as follows are some of our top picks for music and entertainment in Los Angeles right now and for the next few months. * indicates favorite top picks. Be there.

"Sometimes the mark of a man is that he’s always remembered as the boy next door." - Amilia Spicer

With its use of electroshock used as punishment for misbehaving youth, the infamous Judge Rotenberg Center (JRC), just outside of Boston, has been dubbed by Mother Jones as the “the school of shock” and its practices likened to torture by the United Nations. Now the Food and Drug Administration (FDA) must rule whether the device being used to inflict shock treatment on troubled kids should be banned. This should be a no brainer, but, apparently, the FDA needs time to consider. 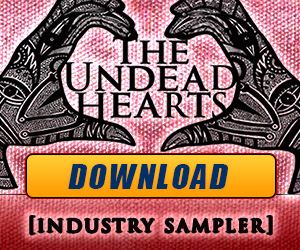 Despite six children having died in its care, many patient reports of abuse, FOX news showing a child writhing and screaming in agony as he is repeatedly shocked, and numerous lawsuits and damning governmental investigative reports, the facility now is in its fourth decade. But the frequency of continued complaints—both national and international—about JRC’s reward / punishment methods finally has prompted federal regulators to act—or, at least “think” about acting.

In April of this year, a special advisory panel of the FDA recommended a ban on the use of electrical stimulation devices (electroshock) for child behavior control or “aversive conditioning” at JRC. Despite the recommendations from the panel, the FDA has failed to act and pull the plug on the “treatment” used at JRC that literally has been called torture.

Considering that the U.S. Department of Justice (DOJ) and the United Nations have already cited the use of “aversion therapy” at JRC as torture and possible violations of civil rights, one can only wonder what the holdup is with the FDA. In 2010, Manfred Nowak, the UN’s Special Rapporteur on Torture, said that when he finished reading a report issued by Mental Disability Rights Institute, he sent an urgent appeal to the U.S. government, urging an investigation into the school. “This is torture,” said Nowak. 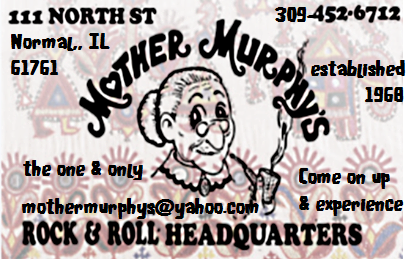 In 2013, Juan E. Mendez, the new United Nations Special Rapporteur on Torture and Other Cruel, Inhuman or Degrading Treatment or Punishment, wrote that the rights of the students at Judge Rotenberg Center who have been subjected to “electric shock and physical means of restraints have been violated under the U.N. Convention against Torture and other international standards.” And, according to the U.S. Government, “the use of aversive therapy by JRC has been challenged through a variety of state and federal legislative and judicial actions,” including the DOJ’s investigation into possible violations of civil rights laws.

While proponents of the electroshock devices explain that they are “harmless,” those who have been on the receiving end tell of a very different experience. One patient explained that it feels “like a thousand bees stinging you in the same place for a few seconds,” adding “it is torture, in the plainest sense of the word.”

Still, the JRC defends the use of electroshock, and proponents for it state that “it discourages aggressive or self-injurious behavior.” But former students disagreed, telling the FDA panel they had been shocked “for things like noncompliance with staff direction, talking too much and being disruptive in class.” During the April FDA public hearing on the JRC devices, nearly 20 advocacy and patient representative groups provided testimony, calling the products “unsafe,” “inhumane,” and a form of torture. Even the American Civil Liberties Union in Washington, D.C., testified that “the use of noxious electrical stimulants is inhumane.”

In deciding on whether a ban should be imposed, the FDA said “the absence of systematic data establishing the effectiveness of the devices makes the study of ESDs [electric shock devices] for aversive conditioning more difficult to justify.” Yes, torture always is difficult to justify. And, given what already is known by the federal agency about JRC’s electric devices, it is difficult to justify the FDA’s reluctance to right a terrible, inhumane, wrong.

Kelly Patricia O’Meara is an award-winning former investigative reporter for the Washington Times’ Insight Magazine, penning dozens of articles exposing the fraud of psychiatric diagnosis and the dangers of the psychiatric drugs—including her ground-breaking 1999 cover story, “Guns & Doses,” exposing the link between psychiatric drugs and acts of senseless violence. She is also the author of the highly acclaimed book, Psyched Out: How Psychiatry Sells Mental Illness and Pushes Pills that Kill. Prior to working as an investigative journalist, O’Meara spent sixteen years on Capitol Hill as a congressional staffer to four Members of Congress. She holds a B.S. in Political Science from the University of Maryland.

With the exception of content by Ms. Omeara which is copyright Ms. Omeara and CCHR, 2014, the remainder of this page is anti-copyright, subnormal magazine, 2014.